I recently switched my keyboard layout to Colemak and have been using an Ergomech for over a year. Recentley I swiched from my model 01 to the atreus, one is going to the office and the other will be for at home. Because of my work I use my computer over 40 hours a week and I hope this will help prevent serious problems in the future. So this week I was snooping reddit and discovered ASETNIOP.

For those that do not know about ASETNIOP here is a link that will give you a good impression;https://www.reddit.com/r/MechanicalKeyboards/comments/hltqdt/touchtyping_on_10key_ginny_after_3hrs_of_asetniop/

I checked and a 10 key ginny is quite affordable, but I would like to give it a test drive before commiting. If possible I’d like an extra layer on my keyboard I can switch to and use ASETNIOP.

Have other people looked at ASETNIOP?

I can alter an existing sketch to add minor functionality to my keyboards but porting the ASETNIOP engine is well above my skill level. Some suggestions on how to get started with ASETNIOP would be great.

Looking at the Layout page all characters are accessible by chording 2 keys, so it’s seem to be feasible with QKeys (@merlin should easily confirm/infirm this !)…

But I feel dubitative about how they made the chording choice… The Standard, Dvorak and Colemak system don’t seems to have the same logic :

You could also try it with Chrysalis, and layers :

On each layers, set all the chording:

Looking at the Layout page all characters are accessible by chording 2 keys, so it’s seem to be feasible with QKeys (@merlin should easily confirm/infirm this !)…

Qukeys could do this, with a set of nine layers (one base layer for the eight layer-shift qukeys, and one layer for each of them to shift to while held). It’s an interesting input system, quite reminiscent of what I use on Android (MessagEase), though it seems to me it would be quite a bit slower than a keyboard with more keys, and less chording.

If I have some time this weekend I will try @Rom1deTroyes solution.

As for speed, they make some interisting claims; 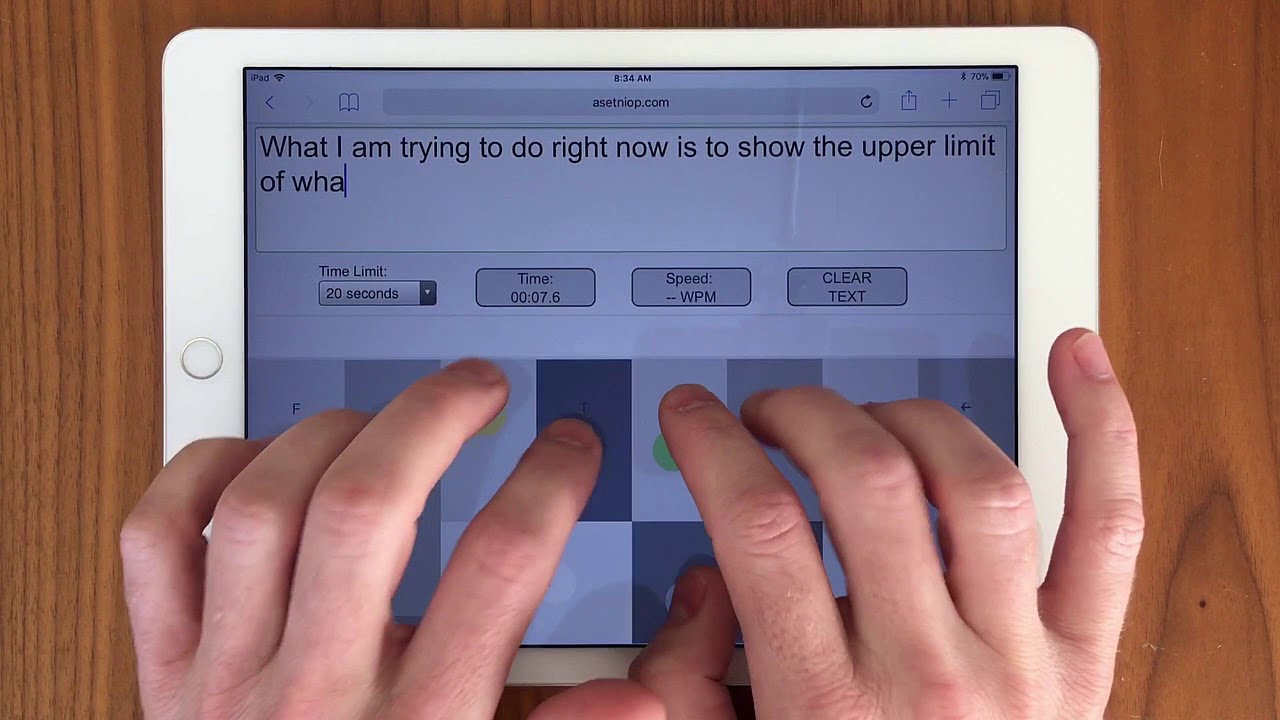 The full ASETNIOP standard doesnt just use chords for letters but also entire words, but I am also scepticall, thats why I’d like to try it on one of my Kaleidoscope powered keyboards before splurging money on another novelty.

If they’re using chords for words à la stenography, speed claims are more credible. But just because someone can type extremely fast on a given input device doesn’t mean much. Measuring outliers isn’t very useful.

Well, if I had to learn a chorded system to write words, I’ll definitely go with steno !
Plover users seems to reach 200 WPM and more easily (well, after years of practice !), and up to 300 WPM for the fastest…

Here you can talk about Return On Investment

Well, if I had to learn a chorded system to write words, I’ll definitely go with steno !

Unfortunately there doesn’t seem to be a Dutch dictionary, also I have to regurlarly switch between Dutch, English ant Bash which complicates things even further.

Some work in progress :

My Dutch steno theory and dictionary. Contribute to Willem3141/plover_dutch development by creating an account on GitHub.

What would you think is the best way to get started wih plover? I have no experience with steno and Plover. The documentation and examples are probably in English, so start with English and when I have a bit of an undestanding of Plover switch to the Dutch dictionary?

The documentation and examples are probably in English, so start with English and when I have a bit of an undestanding of Plover switch to the Dutch dictionary?

But you know… So few time to make things… And so many things to do !
(For me it’s a lot of work for the new home : grinding, painting, washing, put every thing in boxes… Endless !)