As a potential starting point, Arley put together a layout. 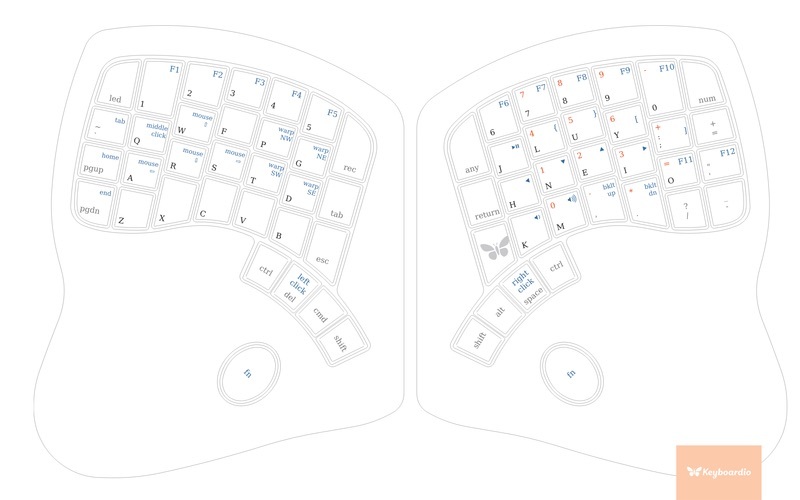 Oh, and here’s the row / column labeling (in Keyboard Layout Editor) that we’re using on the electronics. It might be helpful for referring to specific key locations:

This looks interesting. I’m a programmer, so I’m typing all day long. I learned the Dvorak layout some time ago on a keyboard which had keys all in a line (which was nice) but it was not angled like Keyboardio will be. However, the problem with Dvorak is the L and S keys are on the same pinky. No good. When you have anything to do with linux or command-line work, you’re going to type ls (list files) a zillion times a day.

But this layout looks good. I’d be willing to learn it.

I wish I didn’t have to continually overwork my already overworked pinky fingers on symbols. I type symbols all day long.

Same here. I’ve played with Colemak a bit but never got particularly proficient at it, but it seems like a much better system than Dvorak.

Not to drag the discussion away from Colemak, but as a Dvorak & Linux user, I simply aliased l to ls, and no more annoyance when listing file.

I see del, but the slightly different function backspace appears to be missing?

Otherwise I think this looks good. I’d personally probably prefer if you swapped pgup and rec, and pgdn and esc (optionally, then swap pgup from new position with tab).

Also, since only one of each of the sets of four thumb buttons has a secondary function, could one of the remaining three on one hand get a backspace function, and one on the other get a return? A left alt would also be cool if adding functions there.

Longtime Colemak user reporting in. At first blush, this looks very usable. The only non-letter key that Colemak moves is Backspace, so I wouldn’t be too surprised if we don’t see many changes come from this thread.

Backspace is probably the biggest factor to address, then. Colemak usually stipulates that it should be left of A, and I would expect a non-zero number of Colemak users to want it there for familiarity’s sake. I, myself, favor keeping the page keys there if that’s where they are in the QWERTY layout. Colemak put Backspace there because it was a relatively useless key in a good location, and since the thumb is (so far as I can tell) considered an optimal place for Backspace, I think this layout fulfills that rule in spirit, if not in text.

Like @jon, I would prefer to have higher-frequency keys down the left side because I personally find that easier to use than the inside columns on my Ergodox, and I will probably remap them myself if it is still uncomfortable on the Model 01. But because the official Colemak layout leaves most non-letter keys the same as QWERTY, I favor leaving them here in the same place as the default Model 01 QWERTY.

Just wanted to introduce myself, I’m a split keyboard user and keyboard aficionado, on a day to tay basis I use a variant of Colemak I created for myself. I use Ergodox keyboards both at home and work and have been involved in both PCB design and keyboard layout design. I’m also multilingual and as a result i ended up creating a keyboard layout optimized for use in multiple languages without changing the layout.

I thought I’d share with you what I’ve arrived at as my Colemak variant on the Ergodox.

I call the layout Gelatin (Global Ergonomic Latin) as it’s a keyboard layout to type in any language that uses a latin alphabet, for use on laptops, etc I also created a layout for ANSI/ISO.

The biggest difference for non-function keys is moving the A from left to right side so that it sits with the rest of the vowels, this was done for internationalization for using dead key accents and alternating hands with vowels.

Most of the function and non-alphanumerical symbols are placed in order of usage, my optimization code also included several programming languages in the text samples in addition to using each language with a latin based alphabet weighted by number of speakers. 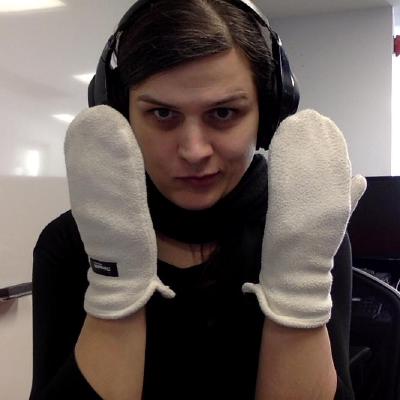 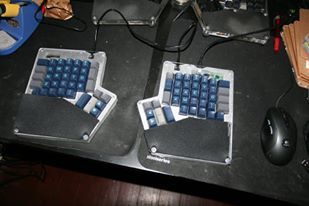 When I initially made this graphic (as a visual reference to help learn to type without looking at the keyboard) Keyboardio replied “Fwiw, we’ve moved LED to where Rec was and put Prog where LED was.” - I updated the SVG linked from here: http://arleym.com/keyboardio/

The Keyboardio (specifically the column layout) is going to be so different than what I’m used to that I’ll be building all new muscle memory no matter what. My initial reaction was to want Esc in the top corner, but really the massive benefit of this keyboard is getting my strained pinkies doing less!

Perhaps a topic for another thread; but I’m curious about how customizing this will work. Like if it’s a per-computer software (like Karabiner Elements on Mac). I’m also curious what keys like prog, any, and butterfly can and will do.

Apart from missing a backspace function, the design looks good. I would suggest replacing the left control with the backspace.

Reading the firmware sources, it seems to me the key labelled as Del on the picture is actually Backspace in the firmware. So it looks like Del is missing (no idea how useful that key is, I didn’t have it on my various layouts in the past… 7 or so years, and didn’t miss it yet).

I wish I had a prototype to try it out on, it takes a lot of time, trial and error to get the layout right and figure out how shortcuts end up working for most applications and operating systems.
Fortunately I use Mac/Linux/Win interchangeably every day which allows me to test these out in the course of my daily activities.

I use the esc key a lot (vim user) and moving it made sense so I did but then I discovered that there are just so many apps where muscle memory is involved that retraining took me about a year, even then every now and then I’d still go upper left corner every once in a while. The same goes for ctrl-a/z/x/c/v which is why Colemak keeps them due to the benefit of moving being minimal vs. convenience of not having to retrain muscles.

The secret behind the esc key is most people actually don’t hit it with their pinky, they use their middle finger while resting the thumb on the key next to the space bar.

I found using the thumb cluster for anything other than the two big keys gave poor results, the other keys on the thumb cluster on the Dox are just too hard to reach and require rolling/tilting one’s hand too much.

If you have not already looked at this page you should, check out the Ergodox and Colemak stuff:
http://patorjk.com/keyboard-layout-analyzer/

Do you have a tool to generate keyboard images from layout specs? In
the meantime here is my feedback on the proposed "starting point"
layout. 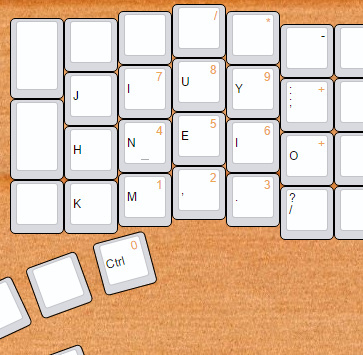 I think it’s a good start, but I have a few issues with some of the button placements. My intended use for this keyboard is novel-writing, so programmers might have different requirements.

Quick question: Are the C7 and C8 keys all the same shape?

I’ll post more thoughts if I have any, and if a full graphic would be helpful, I can do that, as well.

Quick question: Are the C7 and C8 keys all the same shape?

Yep. Though two of them have homing bumps on them.

Sorry for not doing a better job specifying our initial goals for this thread up front.

Folks are 100% correct that there are a few different tasks we’ve conflated here. While we want your help to figure out the correct “logical” layout for the Model 01’s Colemak layout, the thing we really, really, really need your help to figure out is the key legends that we’ll engrave onto our ‘standard’ Colemak keycaps. The two go hand-in-hand, but the interesting features of the logical layout are something that will be much easier to change and customize later.

Ideally, the legends should be a relatively conservative default that most Colemak typists can live with.

Based on typing on the prototypes for the last couple years, I have some fairly strong feelings about the layout (especially around metakeys), but I’d like to see what y’all come up with, so I’m going to keep my mouth shut for now.

I’m not sure we’re ever going to agree on legends for function/mod keys, I’d suggest that at least one setup should just offer alphanumeric legends (base) and the rest as blanks.

To pull that off, we’ll likely recommend mixing a blanks set and a labeled set.

And no, I know there will never be 100% agreement–we just need to figure out a sane default. (Do keep in mind that the keys on the thumb arcs all have the same shapes, so you’ll be able to move them around.)