Getting used to programming with the Model 01

I bought a used Model 01 a few months ago. I totally fell in love with it! Especially the arrow keys on the same keys as Vim! (I’m a Vim user who never learnt the ‘hjkl’ arrow keys).

But in reality, I’ve been finding it hard to get used to. My previous keyboard was a Kineses Advantage, which I’d had for 2-3 months, and was starting to feel fluent with it. However, in the same amount of time, I feel less fluent and more frustrated with the Mode 01. I tried a couple of typing teacher programs, which I probably should do a regular practice with, but my work is really hectic at the moment, so I’m generally spending a couple of hours at least in the morning using the Model 01, and then usually sometime in the afternoon when I’m tired / really want to dive into coding I push it aside and use a conventional keyboard (usually my MBP). I just haven’t got to the point where I can flow freely with it, yet.

I wonder if there is any advice, even if obvious, that any happy programmers can give to a fellow programmer using the Model 01?

I wonder if there is any advice, even if obvious, that any happy programmers can give to a fellow programmer using the Model 01?

The best advice I got when I was struggling with my first split keyboard was this: don’t fight the keyboard, make it yours. You can reprogram the Model01, put symbols where YOU find them convenient. You are not limited to whatever layout it came with, you can turn the layout into something that fits your flow.

Once I stopped trying to use layouts others came up with, supposedly for programmers, and started to work on my own instead, I got so used to my keyboard that it felt painful to type on anything else. It took about a month or two to get to a reasonable state (and my hands are super slow learners!).

I too struggled with my Model 01, I think it was a combination of things that resolved it. but the most important thing was probably me stopping trying to write properly and just writing instead, as weird as that sounds. The harder I tried to write properly on the model 01 the worse I wrote. With the help from some people on this forum I also managed to create my own keyboard layer, just with a few extra buttons in layers and compose keys. That helped as I also need the åøæ letters

I do have some recommendations on software to use
I started with this, it costs money to save your progress but I just used it to get used to touch and got pretty far for free any how https://www.typingclub.com/sportal/team-24709/program-typing-jungle.game

after having learned some ‘proper touch’ I moved on to this http://www.speedcoder.net and finally I played a touch game called ‘Epistory - Typing Chronicles’.

When I started feeling comfortable was when I just…wrote in word, when I don’t know what to write for an assignment I’ll just type anything that comes to mind regarding a topic in a word document, I don’t care about the grammar as no one but me will see the document, it’s a flow kind of thing. But after almost 1400 words and re reading them I realized that I wrote as fast as on my other keyboard, and with high precision. when trying to immediately replicate that while focusing on writing corrected I failed miserable though

just learn the basics of your keyboard, then try to relax using it. it worked for me.

PS: having the keyboard split, laying flat without stands and hands apart also made it easier for me.

For me, I’ve been using split keyboards all my professional life. I have really bad carpal tunnel, and if I don’t use a split keyboard my hands go numb quite quickly. I had used a ErgoDox EZ that got me used to the column layout, but it never really felt right to me, so I wound up returning to my Microsoft natural keyboard elite if I wanted to get serious work done.

I’ve been using my M01 since last July, and really the only thing that makes it easier to use is to just commit to using it full time. You will be slower for a few weeks, but you will get back up to speed. What helped me a lot programming-wise was putting the [, {, ( keys on the thumb cluster via SpaceCadet, so those symbols became something I didn’t have to chord. I also made use of macros to remap a lot of common chorded actions to single keys on the function layer. Finally, if I found that a key was just hard or inconvenient for me to reach, or type in succession (the " and \ keys are awkward to hit in succession for me, and I do a lot of quote escaping, so I made a macro to output an escaped quote, and I constantly tried to hit < and > on function instead of shift, so I moved those to the function layer as well), I changed the layout to embrace my tendencies rather than trying to fight them.

My biggest piece of advice is that you shouldn’t be afraid to try something and see how it works for you. When I was nailing down my layout, I would reflash probably 5-6 times a day making changes, undoing some of them, and making more changes. That has settled down a bit, now, but if you find yourself not liking something, you should absolutely feel free to change it how you like.

i am so glad to see that other people are having similar problems! i’ve been using my model 01 for a week now and i’m starting to get used to it. i still hit the enter key a LOT when i’m looking for “h” and i hit esc and tab looking for g and b. but yes, programming has been difficult too.

i remapped my arrow keys to the inverted T with up remaining as K and i swapped the shift keys with cmd and alt so they’re right beside the space and bksp keys. so far this has made a world of difference!

i’m coming from a microsoft natural split keyboard, and chicklet keyboards in general so switching to the column layout as well as a mechanical keyboard has been the biggest challenge i think. i feel like when i’m typing that i have to “commit” to the keys instead of just letting my fingers float over them as i’ve done since the last mechanical keyboard i had (ca. 2003).

i’m going to check out speedcoder.net that i saw above in this thread, and just keep at 'er.

My programming doesn’t go beyond writing scripts, but if I were doing anything more, I would probably develop a separate layer for programming, and let it evolve over time.

I was pretty much in the same boat as you: long time Vim enthusiast (over 15 years now) and had a pretty rough time getting used to the M01 — and still working on it.

The thing with Vim is that your internally build up “spatial mental model” all of Vim’s functions especially in normal mode. I found that I sometimes hit the wrong key in Vim with my M01, get confused and start to consciously think what I have to type to get Vim to make what I want. This is something I am not used to anymore and it gets me very frustrated — especially during coding when I wanted to implemented an idea very quickly. It actually reminds me of the time when I started with Vim. Oh well…

Those are the things I did that made it better: 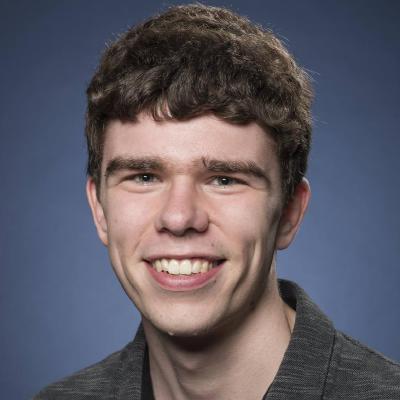 Plugin for Kaleidoscope that allows you to record and play back macros on-the-fly. - cdisselkoen/Kaleidoscope-MacrosOnTheFly


https://github.com/christo-auer/Kaleidoscope-AdhocMacros (this one is less powerful but I mention it because it’s by me

I hope this helps!

Hectic times at work may not be the best time for switching keyboards. Don’t stress yourself out - that’s the job of your boss.

Here’s what I learned while making the switch:

The morning seems indeed the best time for some practice.

When I get tired, my typing acts like a canary that will drop dead before I notice anything else. I try to look at this as a feature that tells me when I should take a break.

„Too much coffee“ exists.

There is an endless supply of keyboard shortcuts, vim cords, etc that my brain knows absolutely nothing about. Only my fingers know them. Passwords!

Thanks everyone, I just returned to this thread. Still struggling, but its getting a little more fluid each day.
I just got a standing desk, and going to try the stands with the M01 as well as SpaceCadet and some of the other suggestions here.