Keyboardio should make a huge keyboard

Now that keyboardio has made medium size keyboards (Model01, Model100) and small ones (Atreus 2), the next target should be a huge one, with a very large number of keys. 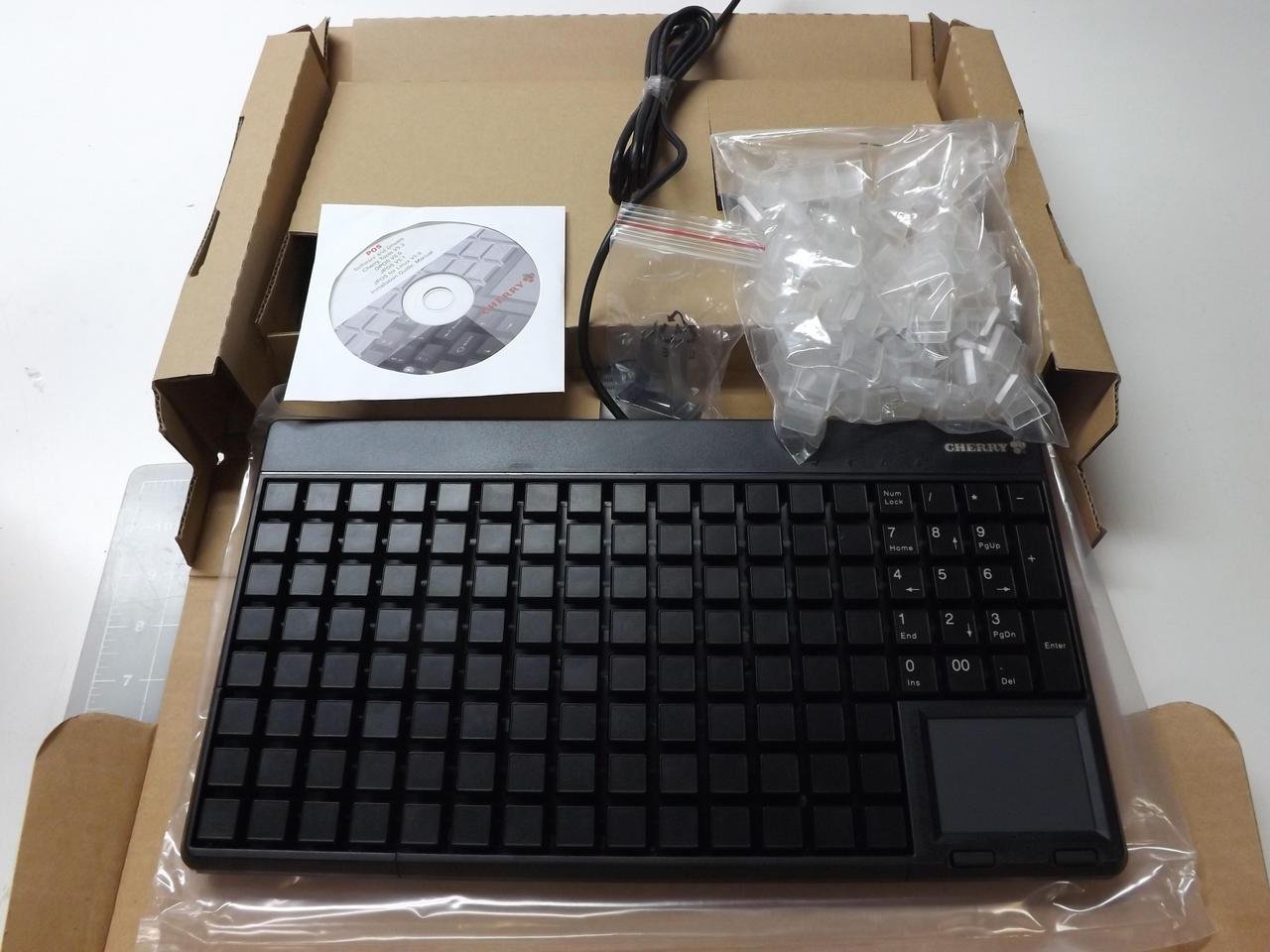 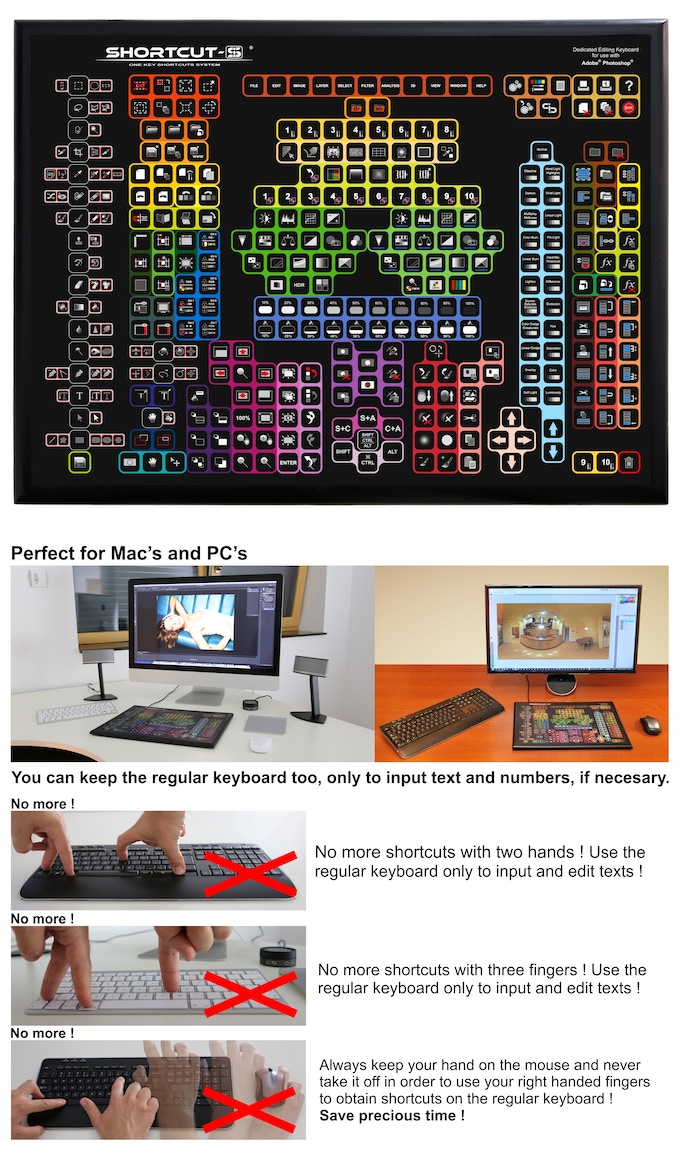 I’d love to have a version of the Model01, but with like 256 keys. That would be so awesome! You could have F1-F100 keys, all the different modifiers and modifier combinations, lots of special symbols - it’d be the best keyboard ever!

244 switches in it. Mind you, the USB HID spec doesn’t have that many keys, so you can’t really have anything above F24… but you can have plenty of macro keys and whatnot!

In the case of the latter, I suspect there were legal as well as operational reasons for all the keys - the operator has to be able to see the label and press it.

The Tardis operator? That’d be the good Doctor, right?

Oh, the donor keyboard is from process control, I was thinking chemicals or something but it’s written there on the linked page - “control systems solutions that managed as much as 25% of all electricity on the planet”

I agree, a keyboard with more keys would be great. 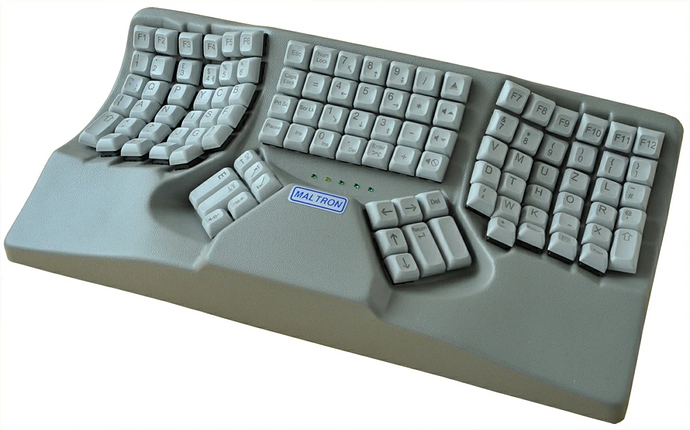 I hope keyboardio makes one! It’s hard to find a good mechanical keyboard with more than 110-120.

Out of curiosity, what would all the keys be used for - ?

Well a normal keyboard has 104 already. Then I’d want extra keys that could be used for macros on-the-fly. Some for permanent macros. Some for extra F keys (say F13-24). I’d want one for each half to switch hands so I could type one-handed. I’d want all the possible modifiers and some for common combinations of modifiers (like a Ctrl-Shift key, Ctrl-Alt, Ctrl-Alt-Shift). Maybe I’d add some for keys with a commonly used modifier (my current keyboardio layout has dedicated Shift-Tab, Ctrl-Left Arrow, and Ctrl-Right Arrow keys). Maybe some for mouse keys. Some for layer keys to give me easy access to other layers.

What wouldn’t I use them for? There’s no limit to the possibilities!!

Looking at the Model01 and Atreus there, I’d doubt they’d go beyond the size of a regular keyboard.

With the Model01 the emphasis of having most of the keys “in reach” while typing and even the new Atreus can take a few improvements from the Model01 in my opinion(, the bottom row of keys are hard to reach for in the corners). The Atreus took things one step further by shrinking everything in a smaller package and retaining the most important benefits of having all keys “in reach” while typing.

A large keyboard would requiere moving your hands over the keyboard causing you to twist your wrists which is exactly what you are trying to prevent with an ergonomic keyboard.

A QMK/Kaleidoscope powered Maltron would be pretty cool though

That’s a very narrow view of ergo keyboards. They can be larger and they have other advantages besides having all keys in reach.

No, you can move your hands at the elbows and not need to twist your wrists.

No, you can move your hands at the elbows and not need to twist your wrists.

By this definition a default 105 key Windows keyboard would also be ergonomical, just move you hands at the Elbow when reaching for those modifiers and remember to keep your wrists straight while typing

I don’t have a need for a lot of extra macro buttons, but I think I’d preffer a sepperate macro pad over adding all the extra bulk to the keyboard, this way you’re also less tempted to stretch for that one button thats just within reach. Pretty much exactly what you have in the first picture, now all it needs are some nice labels

By this definition a default 105 key Windows keyboard would also be ergonomical, just move you hands at the Elbow when reaching for those modifiers and remember to keep your wrists straight while typing

You jest, but as someone who does move my hands while typing, rather than resting my wrists and stretching fingers to reach keys (and suffers no RSI problems, possibly because of that), the biggest reason a typical keyboard is not ergonomic is the relative placement of the modifier keys. When I only need to use one at a time, it can be slow, but it’s never awkward. But I frequently need to use multiple ones in combination, and that’s where things get ugly, because they’re not arranged to make it possible to comfortably hold any combination of the four with one hand while typing modified key with the other. It’s also a problem that there isn’t really a standard for the placement of those modifiers relative to other keys on the keyboard, especially if there’s a fn key, as on most laptops and basically all Apple keyboards (20 years ago, I would only buy Dell laptops because they kept control in the lower left corner, rather than shifting it over like many other manufacturers).

The other reason “standard” keyboards are not ergonomic for people like me is that the row-stagger makes it difficult to reliably hit the intended key on the number row or in the upper right, and nearly impossible to get the intended function row key without looking down.

So ergonomics and kinesthetics is a passion of mine, I actually got a health associate’s because of it.

I think a large keyboard is a great idea, but I don’t think it should have extra keys. Or rather, I don’t think it should have keys that are reachable by a large stretch of your fingers. Humans are designed to move, so what I’d love to see is a keyboard that has interesting and different input methods, kind of like what did with the [xbox adaptive controller](https://www.xbox.com/en-US/accessories/controllers/xbox-adaptive-controller).

A little relevant background on me, my particular disability can best be described as RSI-induced bursitis, which means that at 37 I have arthritis. I went to nursing school for awhile, because the healthcare in the States is so bad that it was cheaper to just gain the ability myself. In my keyboard journey, I started with the logitech wave, and wanted but could not afford the Microsoft Natural Keyboard. I gamed a lot, and amassed a fleet of mice, as one would feel better for awhile, and then eventually start to hurt. I wanted but could not afford the Kinesis Advantage, so I went with the Freestyle 2 as a cheap alternate. It changed my life. At this point, I have two of the Freestyle Pros, and a broken Freestyle Blue.

All this to say, I’ve been on this journey for a long time, and I’ve made it my mission to help others along it. The giant keyboards that are being shown here have a lot finger stretch, and I think that’s the opposite of what a good giant keyboard. One example of a good giant keyboard that I can think of off the top of my head is 5 or 6 Model01 key clusters, all too far apart to finger stretch between, and a couple of knobs and dials the are big enough to be comfortable for someone with large hands to use as a scroll device.