There is no need for a powered USB-adapter when using the Model 01 with an iPad Pro if you are willing to forego the use of the LEDs, so long as you are using the camera adapter that does not have a lightning port on it alongside the USB port. The new camera adapter does not seem to want to play nice with the keyboard unless it is plugged in to a strong power source at the same time.

I have gotten a more relible connection using the 1.9 beta firmware, as the keyboard no longer compains about not being supported, so keyboard shortcuts for opening spotlight and getting back to the homescreen now work from within apps, which didn’t seem to work before.

I also turned off the bootup LED effect, as sometimes the keyboard would not connect and compain about using to much power, which also happens if you turn the screen off for an extended period of time with the keyboard plugged in, although that was with the old firmware, not sure if it matters anymore.

Typing this on my way to work using this setup: 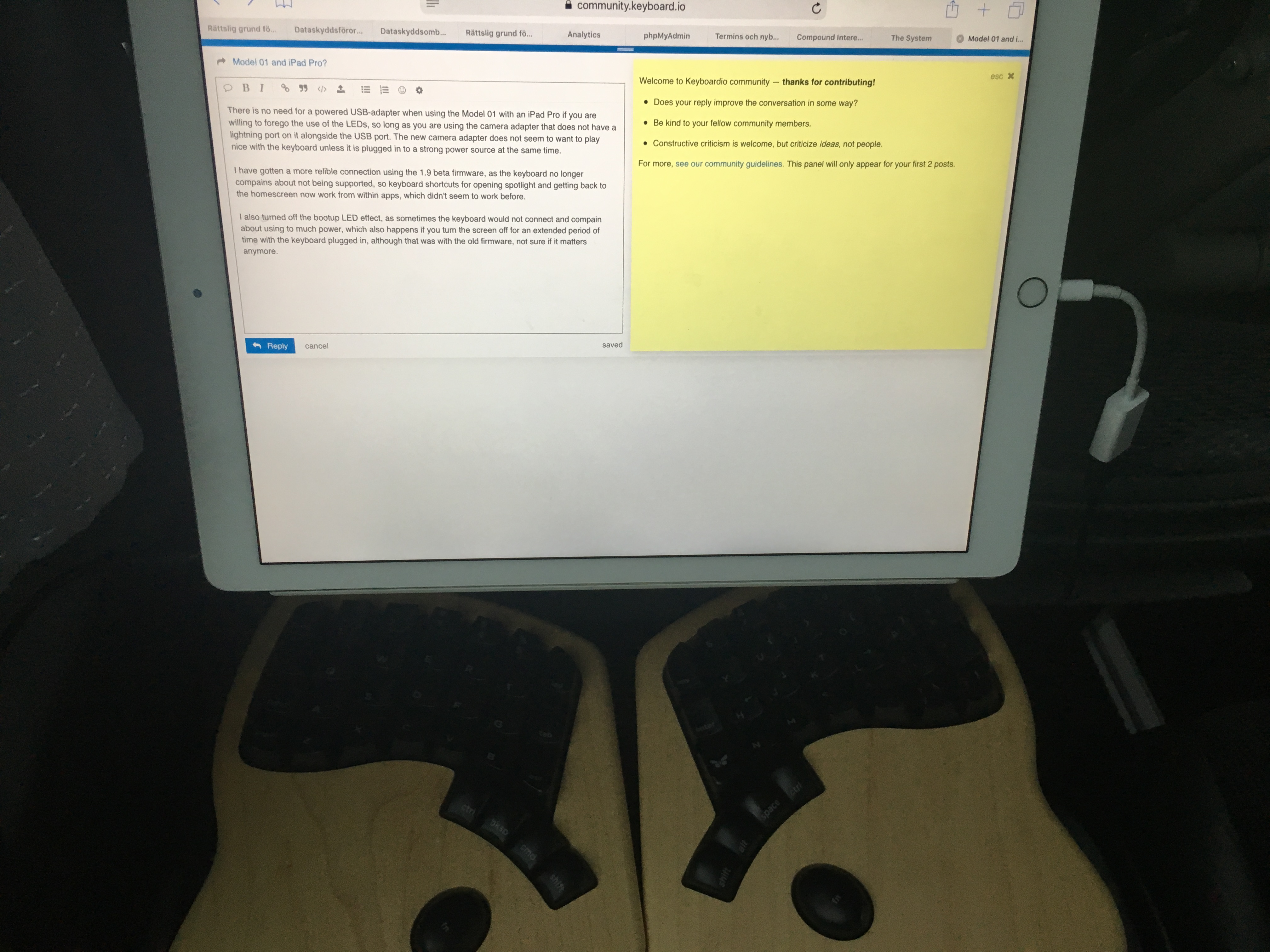 Edit: I forgot the mention that a really important keycode to know if you are going to use this as your daily driver, as I do, is “Consumer_Eject”, as sending this keycode to the iPad toggles the on-screen keyboard on and off, and can be used when the it pops up in the way of what you are writing. Media keys such as “Consumer_Mute” play well with the iPad as well.

I have a non-pro 2018 iPad. Lightning to USB dongle > unpowered USB hub > Keyboardio works. Looks like a janky adapter party, but it works!

Nothing wrong with that!
In fact, I think everyone with a recent Apple laptop has a janky adapter party all the time