My Setup and the path here

I built some stands for the keyboardio. The screw mounts made this a fairly simple process compared to the process to get here. I also added some velcro on the bottom so the halves don’t slide on the mouse pad. They aren’t pretty but it’s a start. Nicer wood and staining them are for the next version once it’s dialed in. Now I’m just working on getting some wrist rests… 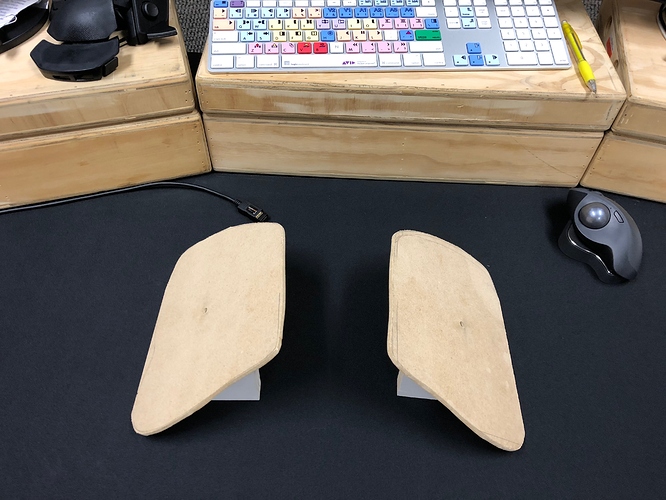 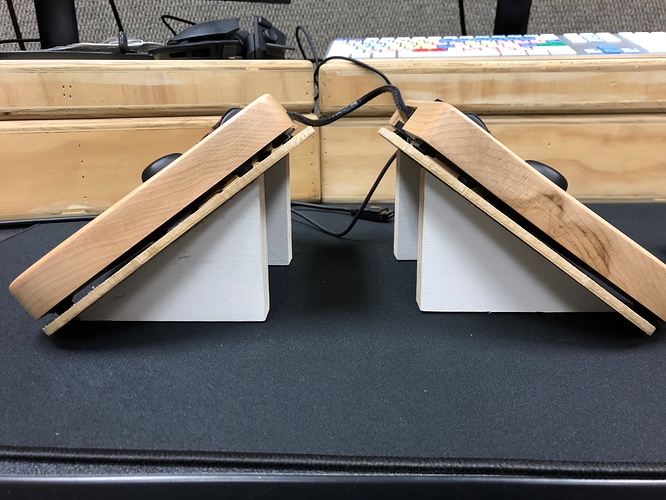 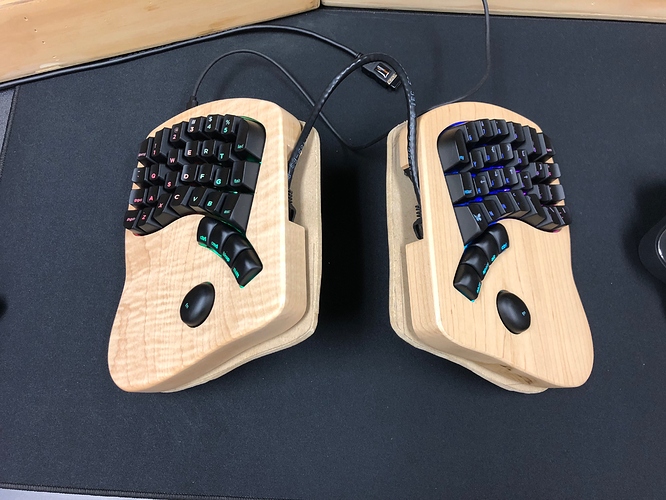 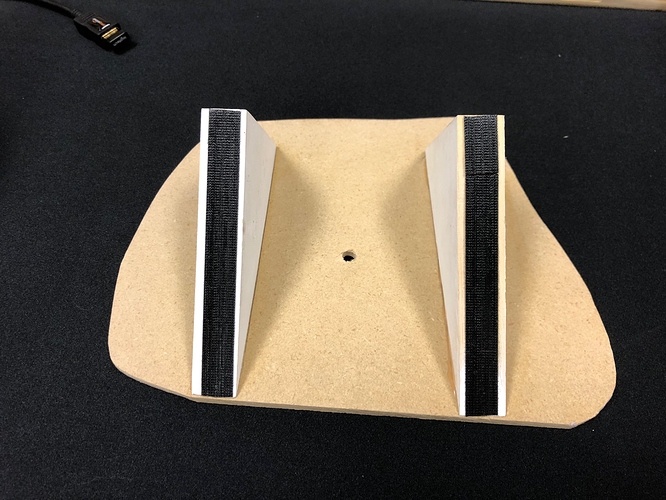 Before jumping to the Keyboardio I had an Ergodox, which I stole the same idea to adapt the keyboardio stands too. 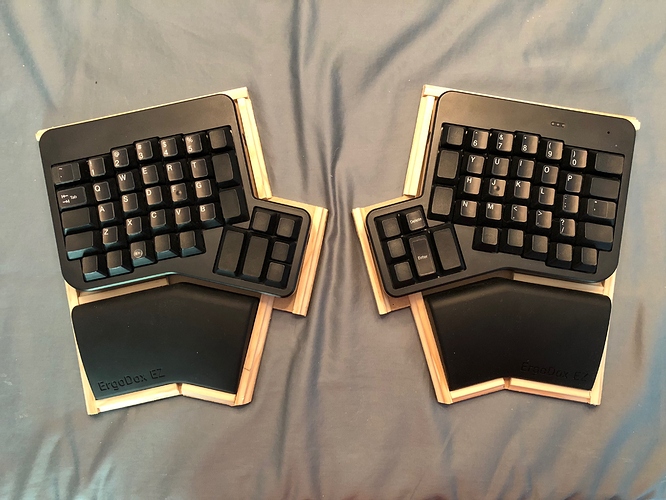 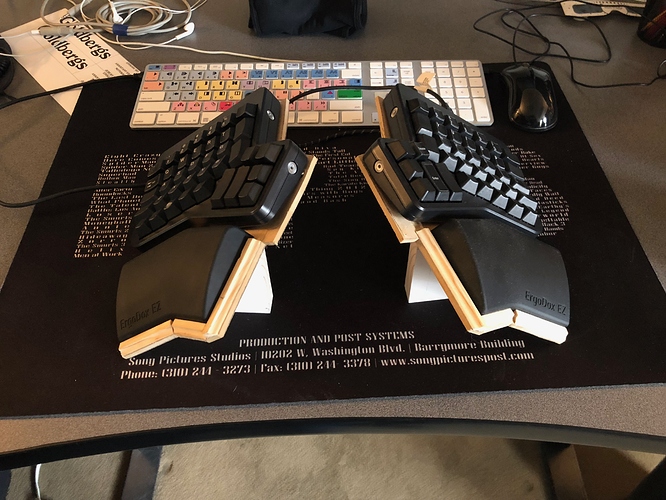 This whole process started 4 years ago while reading some blogs about an film editor using a Logitech G13 instead of a keyboard to edit with. Looking into it more I discovered the Razer Orbweaver and adapted it to edit with instead of the keyboard. I found that it bothered my wrist to use it flat on the desktop so I put a couple pieces of slanted foam underneath it. This was my daily driver for about 2-3 years but I always hated that I had to keep moving back to the keyboard to type. So glad I found the Keyboardio!! 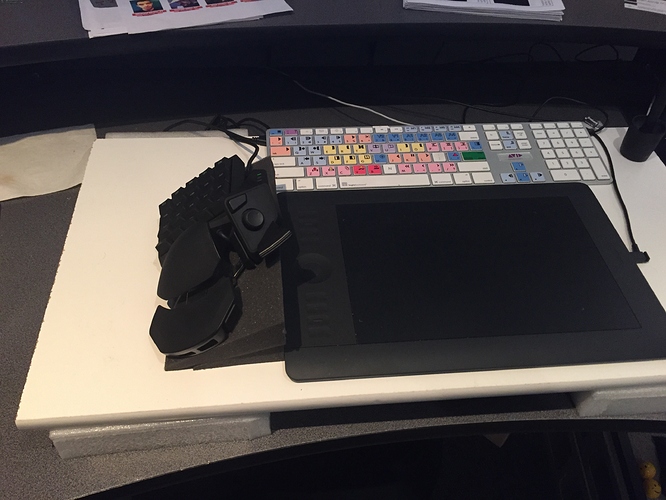