At some point Keyboardio will get to considering more keycaps. I bet it would help them (and us) if they know which ones would be most desired by current owners. I have thoughts which I’ll post but I’m just going on my own experience. It would be helpful to know other perspectives and maybe some consensus will emerge on the most valuable choices.

I used a Kinesis for many years, plus of course other “normal” keyboards. I got my Keyboardio a couple of weeks ago and after several days of difficulty I figured out which keys were giving me problems and remapped the keyboard. Now I can type with little or no difficulty. Great keyboard!

I can also switch to “normal” keyboards easily again. As I was adapting to the original layout I was starting to have problems switching.

The moved location of the shift and enter keys was the most painful aspect of the layout. The location of tab was also a significant pain point.

The remapping I adopted puts most keys in places familiar for US typists (similar to most US keyboards including Kinesis) or in a few cases adopts a familiar layout in a new location (e.g. inverted T arrow keys, bracket keys). Since many keycaps no longer reflect the actual function, if I had to look I’d find it very confusing, but I’m a typist who rarely looks at the keyboard. The main problems are when I have to find a little used key.

I have moved my existing thumb keys around to reflect my layout as best I can, but I’m missing extras for duplicated keys and one keycap (enter). Perhaps some of the non-thumb keycaps could be swapped but I have not experimented with this since so many shapes are specific to locations.

So I can get along OK, but ideally I’d like new key caps that reflect this layout. I also think a layout with some of these proposals would make adoption of the keyboard much, much smoother for US users.

Below is a list of my desired new keycaps ordered by my guess at likely ease / popularity of production. Conflicts with the existing layout are noted, in some cases there is no conflict so no note. Conflicts resolved by other moves in the same group are not noted. Apologies for any errors.

Extra copies of existing thumb keycaps (should be easy!):

Making the arrow keys back into an inverted T (adopted by many layouts in the “Share your layout” thread):

Many of the layouts also had the inverted T arrow keys on the left hand.

Bracket keys:
There are many possible ways of configuring these. This proposal gets them back on the main layer, back to the typical shifted / unshifted relationship, and out of the way of inverted T arrow keys:

To move keys back to more typical positions (lower priority cases):
Note these are the whole keys not just the quoted character.

I think sets of extra thumb keys is certainly a valuable idea, especially since they are identical in shape.

As for the rest, I think there would be so many different things wanted in so many different places I don’t imagine they’d happen until/unless fully custom engravings are available. There are the blank black, blank white, and undecipherable keycaps to fill in the gaps where there’s no keycap matching your actual usage.

Having said that, I haven’t kept an eye on the “share your layout” topic, so maybe the requests are a lot more focussed than I imagine. I guess we’ll find out in this thread!

I’m resigned to never getting a QGMLWY keycap set but I’d love different thumb keys with homing dots. In my personal setup that would mean removing the homing dot on bksp and adding one for cmd but I’m not sure how other people would vote.

I can’t fathom why we have two control keys and only one Alt. The Alt keys do diffent things in lots of software, the Ctrl keys are pretty interchangable.

I’d like another thumb Alt,
backspace on Num
enter key back where I’m expecting it (below current num)
I have any mapped to Num
Tab on backtick
page up and down on the other hand (same locations)

I’m guessing these are not going to be universal. 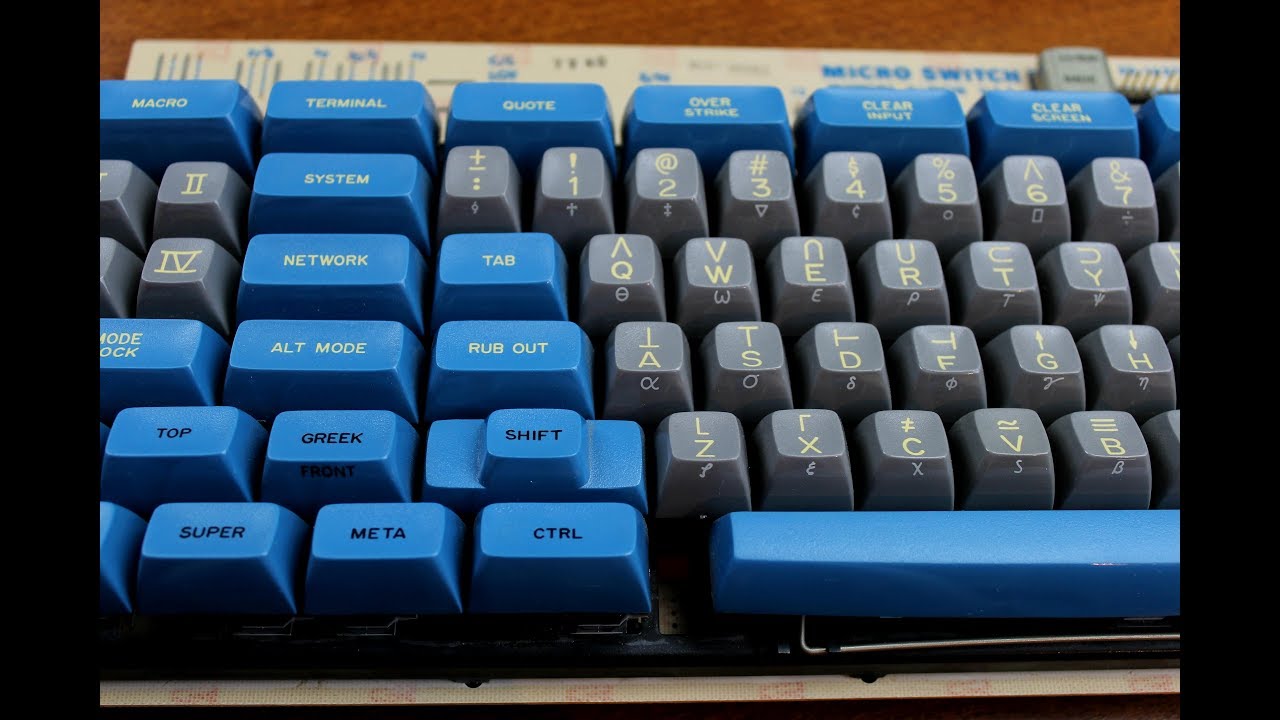 Something in the colour scheme of the Space Cadet Keyboard. Maybe with the outside columns of each half, the thumb keys and palm keys in blue and the rest in grey.

Something like that (my work in progress for my layout, incidentally).

I would like a clear blank keycap set, or a black blank capset with a clear center for light to shine through. We could then have custom vinyl stickers made to put on the keycaps. I’m not sure how difficult that would be, but there are plenty of people on etsy selling keyboard decals.

Those already exist, and I’m looking forward to getting mine!

Those already exist , and I’m looking forward to getting mine!

Have you got yours? its been long time now

Yeah, got mine 4 years ago

What a nice topic to reanimate.
I’d still love to get my hands on uniform black keycaps with translucent dots.
I.e. indistinguishable caps is the only choice for me, which is why I’ve got the only two variants there are - fully black and fully translucent. Though with either I just turn off the LEDs. With fully black, what’s the use. With fully translucent it - to me - looks like a disco dancefloor in pastel colours. I don’t like it.

If there’ll ever be caps with walls black/opaque to the edge and tops translucent with a bezel or opaque with a clear big dot, rounded square, unicorn silhouette, Bat-Sign, or whatever shape placed over where the LEDs shine brightest, but the same thing on all keys, sign me up for two sets for the Model 01 and two sets for the 100.

Make it the butterfly logo, if that gets you on board, @jesse.

Though, I’d prefer an uninterrupted/more convex shape. 'd be calmer.