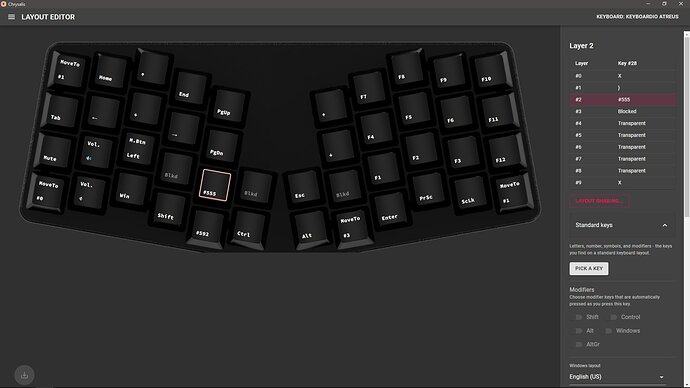 I have discovered some unusual Chrysalis behavior that I do not understand. This screenshot shows keys 28 and 40 on my level 02, but it is the same on any key, any level.

Key 28 is programmed as tab with alt modifier. This gives alt-tab which toggles between
the last two active programs… handy for things like copying a pw from Keepass and
going back to Fx for instance. If Pick a Key is selected, it does not show any key assigned, however clicking tab again selects it, but as soon as alt is selected the modifier switch is greyed out and pick a key shows no key again. The only way to unselect alt is by picking some key. Also when alt is selected the key immediately displays #555.

Key 40 is programmed as alt-left arrow, this works in Fx to go back a link. Pick a Key and the rest is the same as key 28.

Despite this, the two keys operate perfectly as intended. The rest of the keyboard works ok and the key display in Chrysalis is normal. I’m using it now and it’s great, especially with the home row embedded modifiers!

Is this a flaw in Chrysalis and is there a bug in my specific keyboard?

Chrysalis 0.8.0 has an incomplete database of the keycode, bugging the representation of several keys.

I haven’t tested with Chrysalis 0.8.1 yet, but as a workaround, you can use a 0.7 version to see what the keys should be

OK. Thanks for the update notification. Pick a key and modifier select work now. Alt-tab displays properly; I’m guessing they’ll fix alt-left in 8.2. Both keys still do what I intended them to do, so all is good. 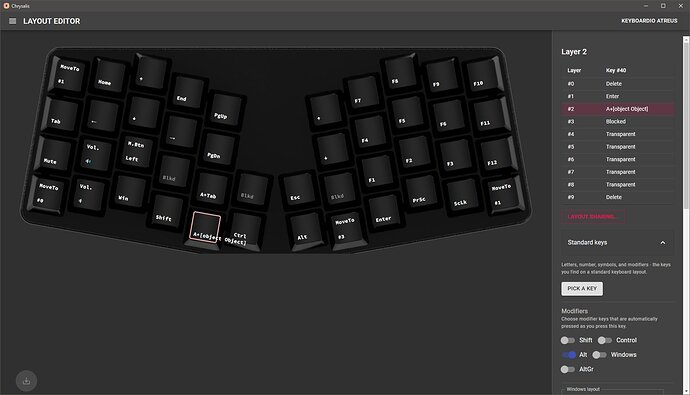 oh oh, I just looked at level 0. That’s supposed to be Esc. It works ok but pick a key and modifier is messed up. 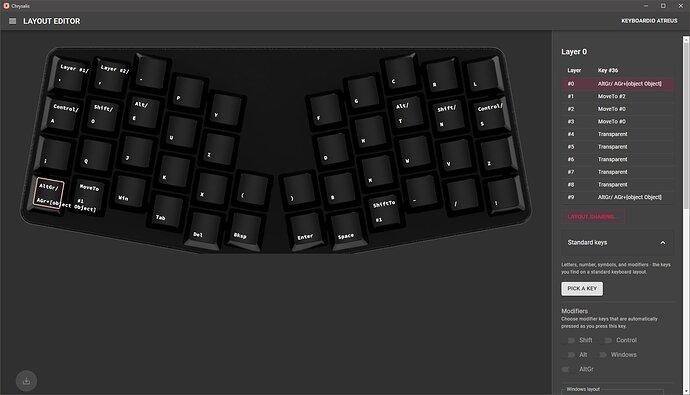 Final edit (I hope). I just picked a key and saved the layout and now it displays Esc !!!