While waiting for my Model 100 to arrive, does anyone has experience programming the Globe key (Apple keyboard) into Chrysalis?

My current daily driver is an iPad Pro 12.9” with Magic Keyboard and kinda using the Globe key quiet often.

PS I’m just learning Swift on late 2014 MBP. Once I get the hang of it I’ll buy a new Mac. Until then I mostly use my iPad Pro with keyboard connected to an external monitor.

Do you know if any non-Apple usb keyboards support the globe key? The thing we need to figure out is what USB hid event it sends.

I did found something online about the Logitech Keys-to-go, which has a globe key, but for some reason doesn’t work. But that’s just about it. 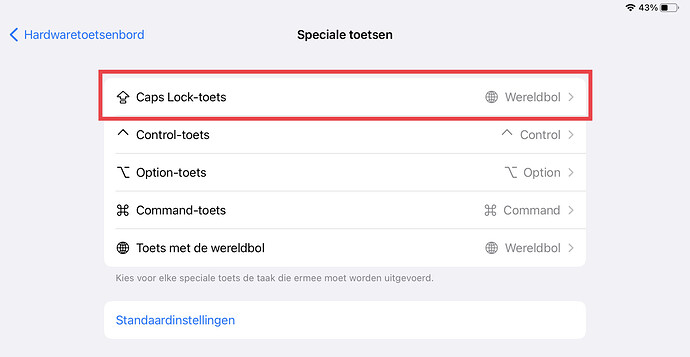 That should, indeed, work.

It seems the globe key (function/fn key) can only legally be used by Apple as a true key. I assume that allows them to sell more keyboards… The workaround you found is probably the best solution, and should work “at the OS level on all [Apple] devices”.

I remapped it under Page Down. I’ve never used that key in my life. And that position on the Model 100 made the most sense.

(apologies for re-opening this thread. however, I think this might be relevant)

The thing we need to figure out is what USB hid event it sends.

I use my model01 for both mac and linux, and swap between them regularly. I mapped the Globe key to LED, and it works wonderfully on my mac - but when I move to linux of course it does nothing. xev tells me nothing either.

I did some of my own internet searching, and I found a discussion and some code which might help. QMK Apple Fn · GitHub

And another discussion with… well, not a solution, but something which might mean something to you (@jesse):

Unlike most Fn keys, the one on Apple keyboards actually has its own keycode… sort of. It takes the place of the sixth keycode in a basic 6KRO HID report – so an Apple keyboard is in fact only 5KRO.
Apple "Globe key" modifier (Fn key) · Issue #947 · zmkfirmware/zmk · GitHub

It’s a “consumer control” key - I wouldn’t expect it to do anything useful on Linux. But also, we’re not restricted to 6KRO, so that’s not a big issue here.

I see, thanks anyway