In order to help make a decision about the symbols on the palm keys of the Linear A keycaps, here’s a poll, showing three options that I’ve come up with. You can vote for all of the ones that you like; check the box for each of the three that you think are “good enough”. If this doesn’t reveal a winner, I’ll most likely do a second round with scores. If there’s not much support for any of these designs, I’ll try something else.

Please don’t vote unless you’re interested in the “runic” keycaps in the first place.

These are two similar, but not identical symbols, at least one of which seems to represent a tree (an olive tree, not a palm tree, but perhaps that’s close enough). One potential problem with this design is the vertical line in the center, which will line up with the webbing, probably limiting the light shining through that part of the symbol from the LED underneath. 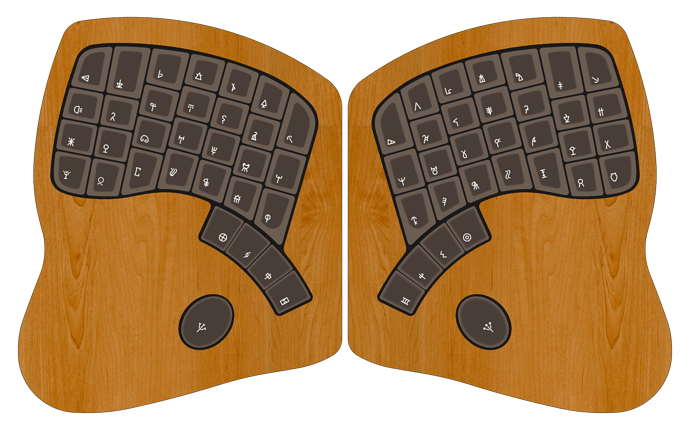 For this design, I used the same symbol on both palm keys. I think it has a certain resemblance to the (rejected) Keyboardio butterfly, and probably will suffer the least from the webbing problem. 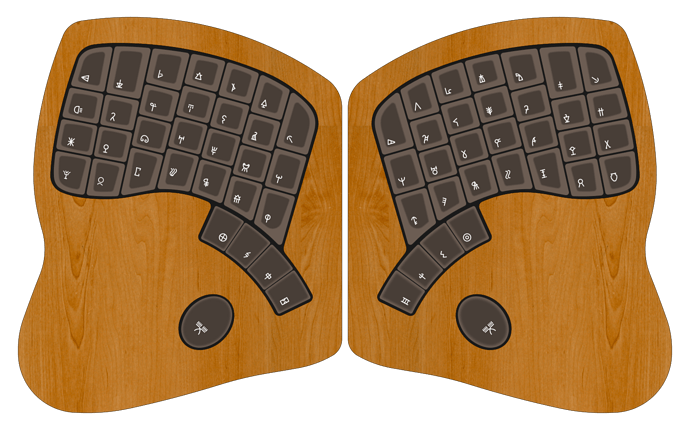 These are mirror images (I recall finding sources showing both symbols in use, though, so they may both be “correct” Linear A) of a pictogram that apparently came from a picture of a dog. We’ve called them “handplanes” in the past, and they only have a horizontal line that crosses the webbing. Also note that one of the keys in the top row already had a version of this symbol, so I replaced it with a different one for this design. 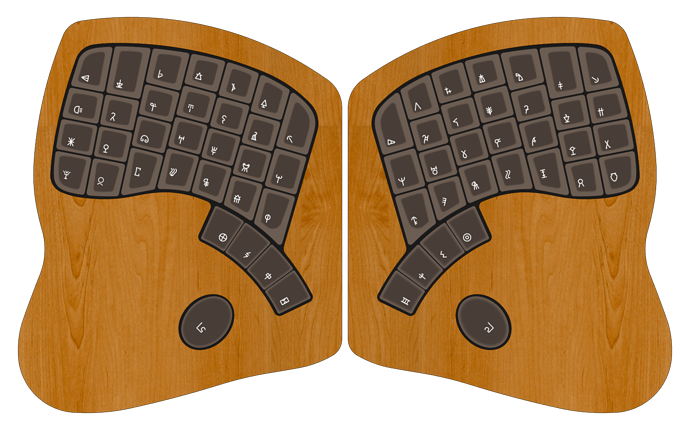 Again, vote for all the ones that you like: