As @Jesse wrote on Twitter too, nobody will get one of those, unless specifically ordering it. So not to worry, you’ll have your wood case!

While the grey stain does look… lets just say, odd, I can imagine other colors that may make it a reasonable option for some. Strange as it may seem, there are people who do not like the natural look of wood. ¯\_(ツ)_/¯

Yes, I want to be very clear that nobody is going to get stained wood (of any color) as a surprise.

The wood factory has made a number of enclosures that have various discolorations. These are things that are rejected by our quality control team. We’ve been working with them to see if they could find an attractive stain color that might let us sell those enclosures (or assembled keyboards with the enclosures preinstalled), rather than just throwing them away.

The wood factory was working on a walnut-colored stain. The grey sample is their first attempt. I don’t think it looks very nice, but I’m told that it looks nicer in person. I’ve asked for more photos.

@jesse and @algernon thanks for clarifying this. It is good to have recycle those which did not work out if somebody is interested in having a special walnut or grey one. Was a misunderstanding from me. Sorry.

Still, I am happy to wait for the model-1 and I am not in a rush.

No worries!And if you misunderstood, likely other folks did, too. So it gave us a chance to explain better.

This new picture seems to make it look…a lot nicer. 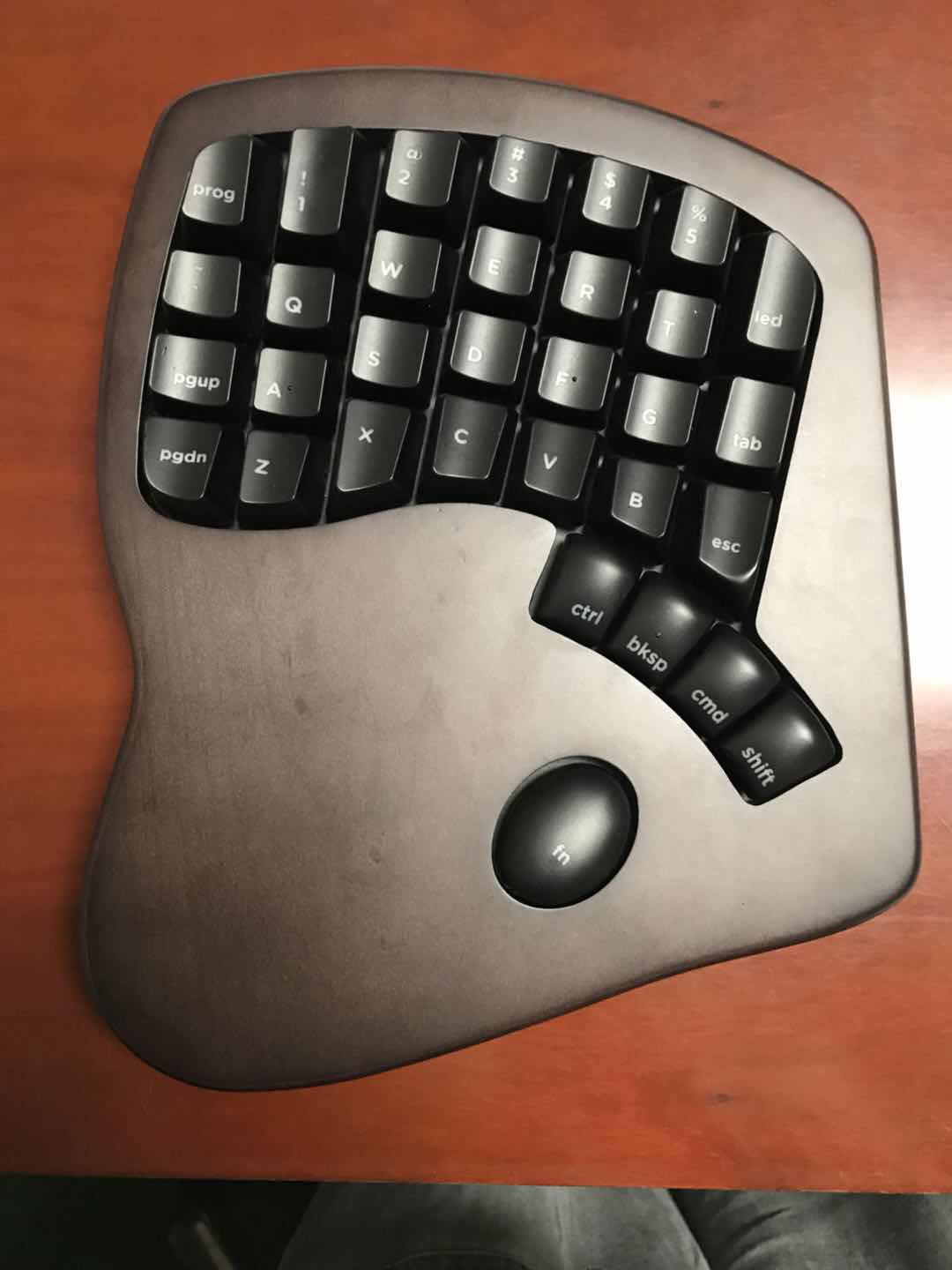 We’ve been working with them to see if they could find an attractive stain color that might let us sell those enclosures (or assembled keyboards with the enclosures preinstalled), rather than just throwing them away.

@jesse It’s awesome that you and the factory are looking for ways to conserve. This just confirms my earlier impression that Keyboardio strives to be an environmentally conscious business.

I’m sure that would look even better without the glare. My first impression is that I’d probably pay for some of these. (The spare enclosures might make for pretty cool wall art).

I would likely buy an alternative stain just so I could switch out with my original case on an ad-hoc basis. I like having options, and sometimes you just want a little change.

I’d quite like a black which still shows the grain.

These look pretty good IMHO, I might even say better than the original.

If I sign up for one of these, can you guarantee the quality (sturdiness) is equal to the originals?

@jesse I been thinking a lot about these dark stained keyboard.io’s. If you consider to really ship them, please get in touch with me.

If we don’t ship these, we’ll do something like them later. There are business reasons we may not be able to ship these ones.

any chance of us getting the cad files? I have friends with a cnc machines
and another one with a 3d printer…

any chance of us getting the cad files? I have friends with a cnc machines

and another one with a 3d printer…

We’ve promised that we’ll publish CAD files suitable for building custom enclosures. And we will. I just need to do some data wrangling.