I’ve got a shiny new PVT keyboard here and I’ve found it frequently awkward to type on since I normally use dvorak. Specifically, I’ve been using dvorak soft-mapped from qwerty hardware. This mostly worked on the keyboardio hardware, but several keys were weird, like if I wanted a ? I had to hit Fn-U. And there were several other things I wanted to change too…

So I tried out the firmware tools today and started on a new layout. Here’s what I changed so far:

These changes seem to help considerably so far, but I still want to change a few things…

My OS (Debian) still thinks the hardware is qwerty, so that I can continue to also use qwerty hardware on the same computer without having to remap every time I change what is plugged in, so the letters are technically still qwerty in the firmware. But these layout changes help get some of the other keys in the places where my fingers expect them to be.

Now if I can just get used to having the left hand’s bottom row basically shifted one column to the left (compared to a traditional staggered layout), I’ll be pretty much golden.

This is still a work in progress, but here’s the layout so far… 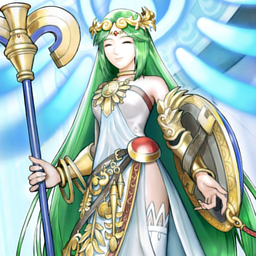 So, the layout hasn’t changed much since then, but I found the icons in the keymap editor. I’m also continuing to refine other things, like adding oneshots and a lighting effect, but I haven’t uploaded that yet.

Anyway, I think the visual looks a bit better now:

So, this is working now:

I made a thing today. It makes light splash out from each keypress like ripples in a lake. Or, when you’re not typing, it simulates gentle rain on the keyboard. It’s still sort of a work in progress, but it is at least working and I’d love feedback. I’m half tempted to double the resolution of its virtual swimming pool, to make the motion smoother and more realistic, but I’m not so sure it’s a good idea due to RAM use. The smallest I’ve tried this water effect before was 320x200, which is o…

Maybe next I can set up OneShots, or refine the actual layout a bit more.

Oh, hey, the layout editor does background textures too. And I wanted to see how things would look with dark keys and light labels, to more closely match the actual hardware. So… here’s today’s version of the layout: