Custom Mounts - What are your ideas?

Finally got this made up, at least most of the way, have some pics. So far the kbio is held in place by gravity and a layer of nodskid shelf liner between it and the supporting oak block.

I think I like that better than what I’m using at work. Do the quick-release mounts have a wobble to them? The set I tried had just enough wobble to be really annoying.

Thanks for this comment invsblduck. I would like to try something very similar. Any chance you have the model numbers of those five components? I was able to find some, but not all of those components while searching. Thanks again!

How are you connecting the metal center support there? It looks like screws, so no quick removal?
So far I’ve liked a tenting angle much like that, but I think with tripod mounts, just a bit more stiffness would be good for me (particularly with lab usage).

Yes, I replaced the existing screws with slightly longer ones & washers to account for the height of the slides. Next iteration would probably be cut-outs to fit around the moulded slides instead of over them (I’ve got washers stacked to match the height of the slides.) Quick removal wasn’t a design goal for me, since I backed at the 2-pack level, so I’ve got one at home and another at work.

Nice one. The magnetic base is genius! Pleeease share the model numbers!

Went with a pair of large pocket support tripods from Manfrotto.

They stay attached and fold flat to fit in the carrying case for travel. Unfold two of the three legs on the inside and use the outside feet of the Model 01 itself. The hinges strongly hold in place for a good range of tenting angles. Works with/without the tented bar included with the Model 01.

This looks very promising for the Model 01 I take on the road. I dreamed of a stand that I could leave attached. So I’m super excited to hear that this can be left attached, folded up, and it fits in the carrying case. Thanks for sharing.

First time, long time. This what I came up with.

Thanks everyone for sharing your ideas! I took them and came up with something that was easy for me to implement and fits my needs. Here’s what I came up with. I use a standing desk and wanted a mount that could keep the Model 01 slanted downwards so my arms are in a more relaxed position when I stand, similar to some of the other implementations that were shared in this thread. Alternatively, if I want to sit down, I can adjust the arms to go under the desk.

Let me know what you think or have any questions. Hope it helps some of you!

The build feels pretty solid. Not sure if the super clamps are overkill or not. You might be able to use something cheaper but my cousin who’s a photographer had these already so I asked him to borrow them to experiment.

@joeynguyen. How’s it been working out for you?

It’s been working great! I’ve moved it around in several positions before finding one I like. The mounts are sturdy and my keyboard hasn’t dropped to the ground or anything.

Whoa, pretty cool. How stable? Could it hold up to the weight of your hands without moving?

Also, can you point me to what you bought to make this a reality?

Note: reposting here and deleting my own thread about this. Forgot this one existed and it’s more appropriate here.

I started using a new set of stands for my Model 01 and thought I’d share some pictures and thoughts. Previously I’d used the official octopus stands in tented split configuration, but was surveying options for alternative stands. I enjoy making things and coming up with and testing different solutions to problems and felt inspired by the setups fellow users posted here.

Now, I haven’t been on here too much recently, but I don’t think I’ve seen people use z-flex camera mounts as stands before. I came across them online at some point and thought they just might be perfect:

The particular ones I got were these. Given the low price compared to similar products, I am super happy with the build quality. Nicely machined aluminium and easily sturdy enough for my application.

I initially tried them just as they were:

I realised that on my not perfectly even desk surface - an old workbench top I upcycled - they wobbled a bit. On a flat surface, that wouldn’t have been an issue. However, I also found that - especially with the steep angles I tried initially - some more surface grip would be preferable, too. So I built a base for each side with a thick and heavy rubber sheet at the bottom. I designed them so the z-flex mounting position was adjustable:

These added a bunch of grip and as they were nice and heavy, my Model 01 wouldn’t go anywhere. I found the fact that they added some height problematic, though. It just made using them less comfortable. So I went ahead and devised new bases cut from ABS plastic sheets. As these were much thinner, I had to commit to a fixed mounting position. Since I knew the range of angles I wanted to achieve though, this wasn’t a problem. Pieces of old bicycle tube I got from someone who’d swapped them out for new ones (great material for all sorts of prototyping projects, by the way) were used to make the new bases grippy.

I’ve been using this setup for a few weeks now and I’m super happy with it. The thin and therefore flexible ABS bases in combination with the bicycle tube eliminate any wobble I’d experienced initially and give me plenty of grip.

Bonus: What’s nice about camera gear is that they offer additional mounting points. One example of this is connecting the two Model01 halves - in this case with a stereo bar for microphones:

That’s a really innovative solution Simon. Z-flex mounts do seem like a good solution. Thanks for sharing, and especially for the details of your “journey” in perfecting it, and for the detailed photos.

While @keyboardio did lots of things right with the Model 01, I think the decision to use a standard camera mount for attaching the base, and thus allowing for optional mounts, was the best thing that they did. This thread is a testament to that.

Similar thread - my solution pretty quick and simple. I find under-desk the most comfortable near-vertical position.

What does your RSI-helping setup look like? Typing & Ergonomics

[IMG_4188] Clamps and magic arms from Amazon UK: This has been extremely helpful in eliminating the ulnar nerve problems I was having in my left arm. I’m still not as fast with the trackball as the mouse. I wish I could manage to tweak the mousekeys controls on the M01 but at the moment it seems I can either use Chrysalis for my key mapping and colours, or change the mouse keys by starting with the latest firmware and flashing with Arduino. Lack of knowledge on my part, I’m sure. Any…

I decided to buy two of these: 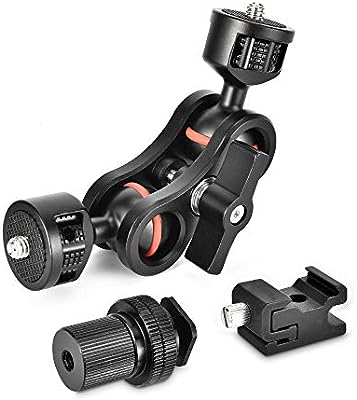 …and happened to have two of these: 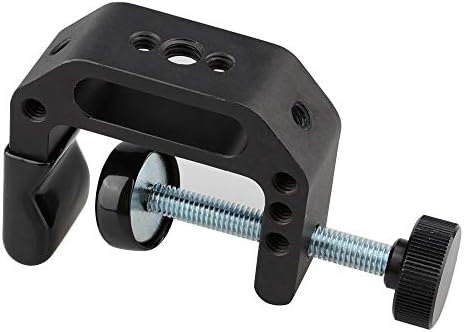 The camera arms said they could handle 5 kg, but I’m not finding these as perfectly steady as I want. For now, they’re pretty steady enough. Maybe I could reinforce the hold somehow.

I’m still finding the perfect angle. That’s where this configuration succeeds, as I have the range of motion to achieve any configuration I want. The arms are just far enough away to allow the two keyboards to be parallel to each other and not bump into the desk or the C-clamps.

Give me a few months, and I’ll let you know how it works.

(If you’re curious about the ethernet cable:) 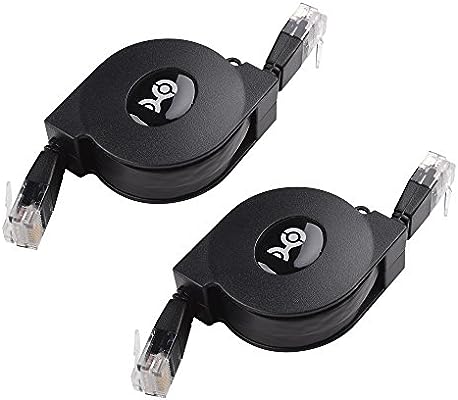 Thank you for sharing - that looks like almost exactly what I’ve been looking for! I’m currently using the included stands at work, but I’m going to have to try this out.

I’m glad you like them. I still use them daily and am super happy with them.

Sorry, just noticed your question. I’m back using this setup again regularly for the first time in a while, and the tripods are a little flaky. Reasonably stable, but the keyboard does flex a little under use, and eventually they slide out of place and need to be reset. I’m back here looking for clues for sturdier tripods.

Anyways, in the unlikely case you’re still looking, these were just cheap tripods I picked up at a big box electronics store. They have the brand “Cameron” on the leg. I think this is it: