Has anyone here rigged together some palm rests that lift your palms a little higher than the model 01 does by default? I find myself reflexively resting my palms on the keyboard but that ends up making my hands be in an awkward position for prolonged periods. It seems like it might be hard to make one that wouldn’t get in the way of pressing the fn keys…

I was considering putting a small pillow-like thing there, something like this under my wrists. The amazon picture is kinda awful, so here’s a better one: 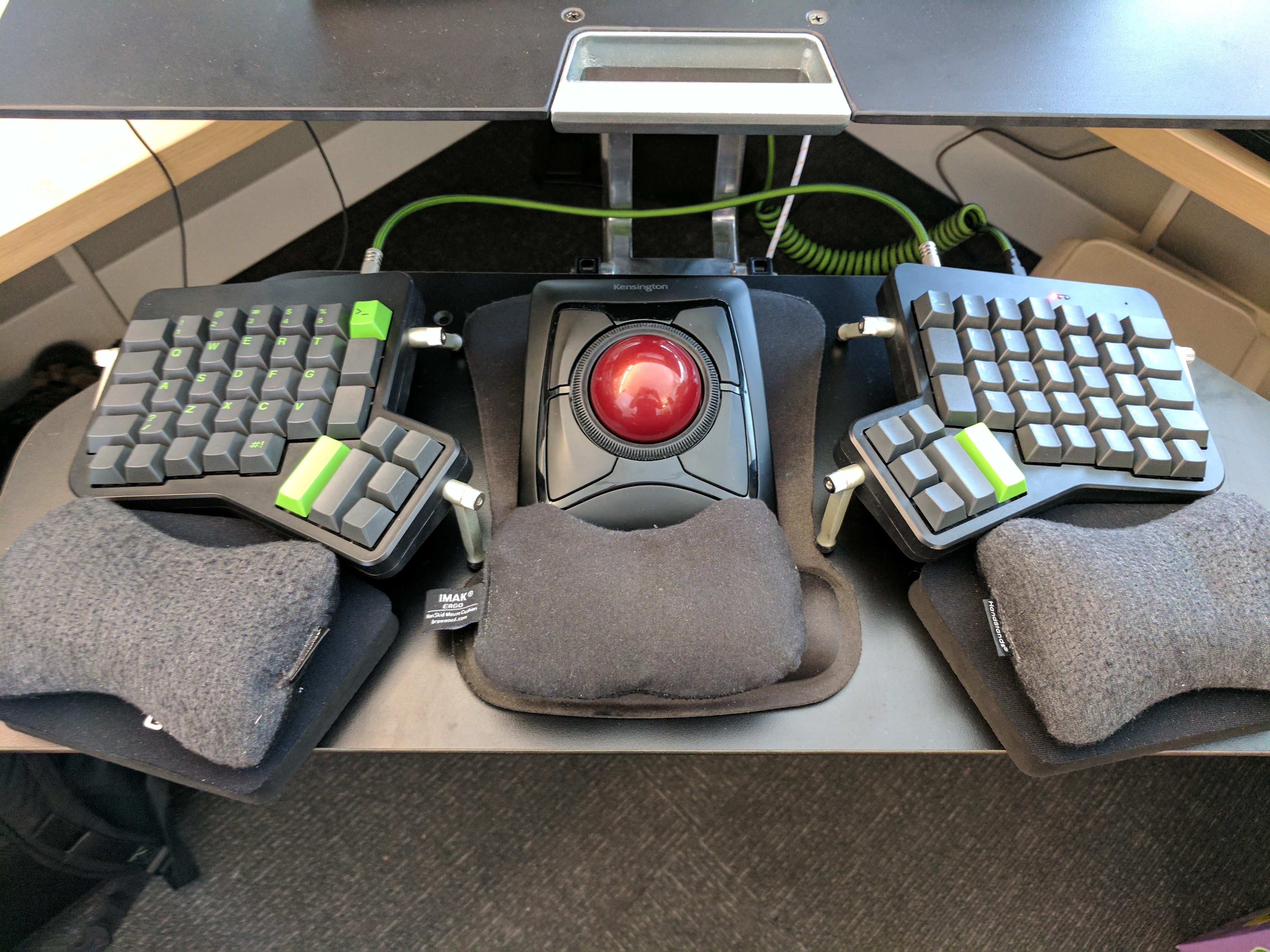 Though, this may end up being too big to place on the wood itself, but combined with my ErgoDox EZ’s wrist rest, perhaps it will be high enough. But I’m not sure, this is just a vague idea for now, which I have yet to try.

(I plan to use a negative tilt)

That setup looks dreamy. I’d really like one of those under desk thingies at my office…

I was contemplating buying one too, but ultimately decided that I want more horizontal space, and a larger distance between keyboard and monitor. Larger horizontal distance, that is. My monitor is quite far from my eyes, so these keyboard + monitor stands are usually not suitable for my use cases. which is a pity, because I’d love to be able to easily adjust the relative distance of these two: I need different settings when I stand, and when I sit.

@chughes87 One thing you might consider is a more aggressive negative tilt, with your chair raised up a bit higher. That can, for some people, result in less palm pressure on the wrist rests.

@jesse I’ve switched to not using the gear mount thingies in favor of the slightly tented setup with the little plastic connector. This lets me rest my arms on my arm rests and just hover my palms over the keyboard. I want to go with more negative tilt, but the gear thingies end up raising the keyboard up too much for my setup unfortunately.

Without some support underneath the center bar, that’s likely to put a lot of stress on the rails and hinge. You MAY be better off with some low profile tripods of some variety. Alternatively, triangular wedges of wood or plastic with holes to use the tripod screws that come with the stands. 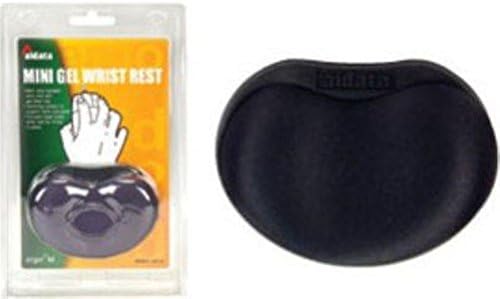 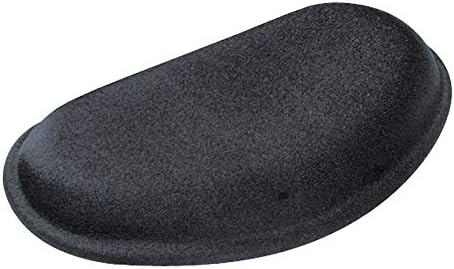 The second one from Aidata might work if you cut off the brand name so it can fit closer to the fn keys, but it may overhang the edge of the keyboard.

I think I saw tech specs somewhere that had all the enclosure dimensions.

@Jennigma, If you find one that works – could you update this post if you have time? Would really like to know what you end up using and how well it works for you :0)

Will do, if I end up doing something.

I’ve wondered about the Kinesis Advantage pads, they look more cuttable! https://www.kinesis-ergo.com/shop/advantage-palm-pads-black/ - I’ll have to wait and see, I imagine I’ll not go this route.

I’ve been using the Freestyle VIP for long enough to wear out two sets of wrist rests. They are a gel, so not cuttable, and they dent over time. I assume the Advantage ones are similar.

ETA: they are also glue-on, which I would hesitate to use on the wood enclosure.

Now that I have my shiny new keyboard to play with, I was able to try different pads I have to see if any of them would work. And as it turns out, the sample OnPurple pads I received with my - AWESOME - purple pillow work great! I have larger hands and I was constantly hitting the fn keys and this took care of it and I find that my typing accuracy has improved significantly… I only had to use the backspace a couple of times on this :0) TheOnPurple pads are 2.5" square, and roughly 1/2" thick. I think something that is between a quarter to 3/8" would be perfect for me 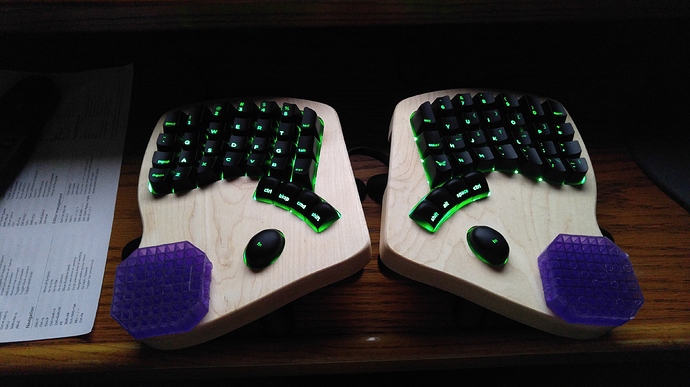 Do you get 2 pieces of the samples from buying the pillow? Or did you cut it out from a larger piece?

This is the product, I think?

How did you get the samples? Doesn’t the waffle pattern get irritating after a while?

When I ordered the purple pillow on kickstarter it also included some sample squishes. The material is fantastic, keeps it’s shape and stays cool. It’s OnPurple’s proprietary polymer - but I wouldn’t think it out of the norm to reach out to them to see if they would sell the pads that were included with the pillows. It was more of a gimmick for them, so if there was another genuine use for it I bet they would be interested.

And as it turns out, the sample OnPurple pads I received with my - AWESOME - purple pillow work great!

I’d been meaning to try out a Purple pillow. I just ordered one and then followed up with an email including your photo there, and asking if they could send some of those pads. Their response:

Those are our sample squishies! A couple of those should be automatically included with any order of a Purple mattress or pillow.

2 Likes
Staining the enclosure
next page →