Just got my Model 100 Early Delivery!

Need to update the firmware and keymaps after work so I can actually type on it haha.

I’ll be taking the Model 100 to work and bringing home my Model 01. So excited to finally have a one at work and one at home (for wfh). 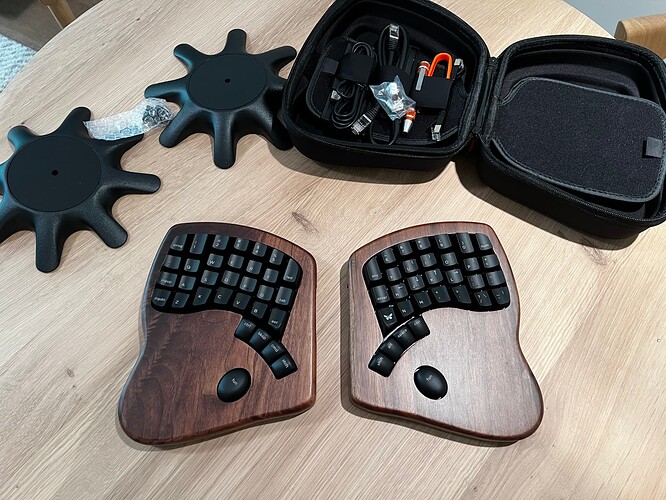 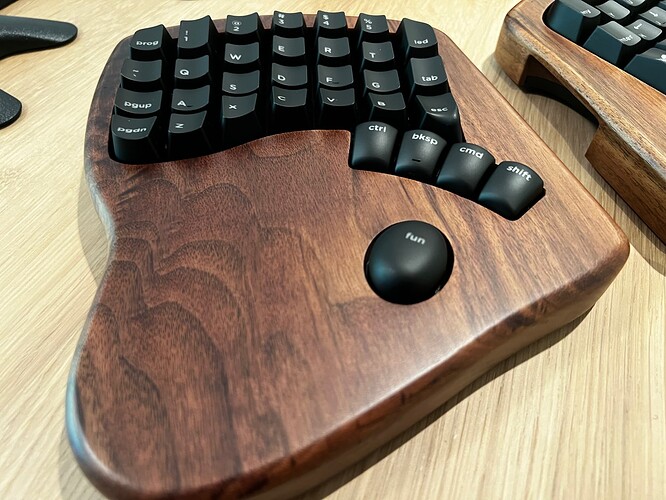 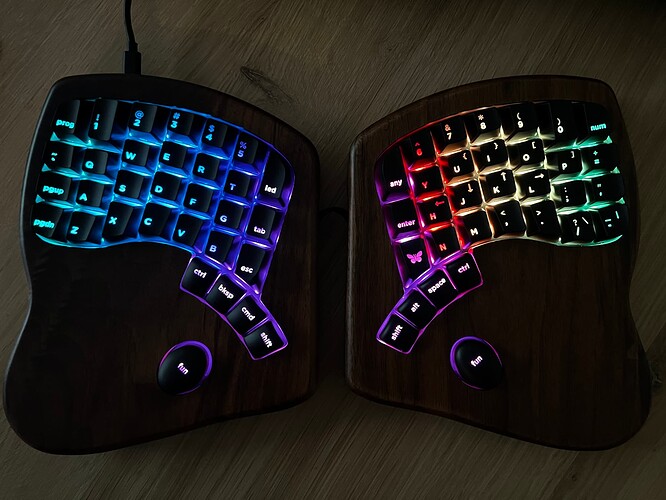 Anyone else got their Model 100 Early Delivery, how are you all finding them?

I’ve got mine today, but didn’t have much time to play with it yet. A few immediate observations:

I am really into the quietclick on the model 01 — do you have any ideas as to switches for the model 100 which would closely match the feel?

I didn’t own a Model 01, so I’ve had to learn how to type on mine for the past 8 weeks. I’ve only ever used Cherry MX Brown switches before now, and I like the Silent Box Brown switches it comes with. It also looks nice.

The main things that bug me are:

I assume the arrow keys are placed where they are to match vim, but even in vim I have them shifted to the right, so my right hand isn’t having to shift to the left all the time. I’ll probably update my layout to shift the arrows, and maybe swap Butterfly and Esc, but first I need to come to terms with the fact that my key labels will lose some of their meaning.

Yeah that is from Vim, which got it from Vi as Vi was written for ADM-3a terminal which has it like that diagram. Disappointing yes.

there being no alt keys on the left side, so I have to use two hands or a stretched left hand to hit alt+tab.

You can move the alt to the left side. Though you then loose own alt the right and have to move one of the keys from the left to make space.

Personally I have an alt and cmd on each side, do this by adjusting the key map, then if you are like me also buy a second key cap set.

It’s hard to go between this and other keyboards in the household now without occasionally having problems typing c, v, and b. It looks like my brain might be learning how to deal with this now, though.

You definitely learn. I had issues at first but have zero issues now. Can switch between them immediately with no time to adjust.

even in vim I have them shifted to the right

Depends on what you do. I’d highly recommend against changing defaults like that. When you ssh into servers and run Vi/Vim you are going to be hit with the defaults and struggle to use it.

When you ssh into servers and run Vi/Vim you are going to be hit with the defaults and struggle to use it.

Yeah, I put up with the defaults for longer because I was worried about this, but it’s less of an issue than you’d think. You learn to distinguish between home and away settings and treat them like two different things.

I can hardly wait for mine to arrive. How close are the keys compared to the Atreus? Because I’ve been using the Atreus since last year and it feels wonderful.

I bought a Keychron Q3 like two months ago… pfff. I’m so used typing on the Atreus, that I find it very hard to type on something that big. And not used the Keychron Q3. I’m typing this on the keyboard of my MacBook Pro, and it just kinda hurts the fingers (not in a RSI kinda way, but still).

Got my non-early delivery keyboard.

Wood looks great. Though factory screwed up here, I’ll try return it. Interesting to see the variation between keyboards though. 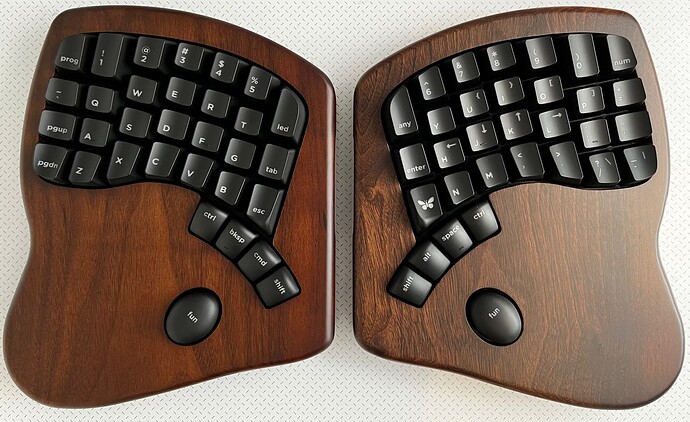 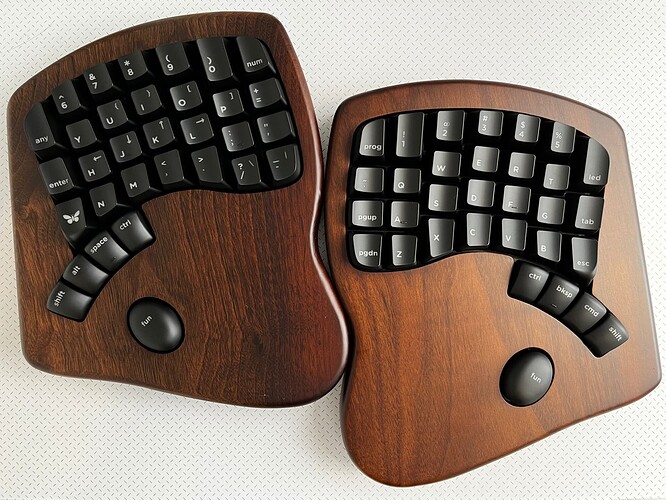