We’re in the process of finalizing the add-on keycaps for the Model 100, but wanted to take a moment (or really a couple days) to let folks flag potential issues with our keycap legends.

These are the Mac QWERTY legends as currently planned. The layout here is how the caps are positioned on the painting jigs. Most keys are where you’d expect them, but the thumb keys have been moved around to make the tooling easier to manage. (I’ve also included the QWERTY keycaps for reference.) There is no significance to the colors.

Is there anything that looks wrong to you?

The one thing that maybe looks off to me is that the option sign looks a bit small, and vertically squished. The command symbol could maybe also be a little bit bigger, too.

For me many of the symbols used are very hard to distinguish. My STRONG preference would be to use text like you do on the QWERTY (pgup, tab, shift, ctrl, opt…).

If the consensus is to keep with symbols…

It took me a long time to figure out what I’m guessing are the symbols for Page Up/Down (on the far lower left) and Tab (between G and Command). Right now the Tab symbol looks like a hyphen connected to an x. There’s a similar clustering of shapes on the Page Up/Down keys. Increasing their size might help distinguish the arrowhead from the lines, although I think updating the symbols themselves would be better. Like using a closed arrowhead and/or adding some space between the arrowhead and lines.

The Control symbol is narrower and taller than any version I’ve seen previously. It makes it look more like a caret symbol: ^ I’m used to something a bit wider and shorter: ⌃ It also makes it more prominent looking than other symbols even though that key is typically less frequently used.

I’d prefer the Shift symbols be almost double the size. Same with the Option symbol, it’s far too small to identify at a glance. The Command and Backspace symbols could be a little bigger as well.

Yeah, I also think the symbols are too small to read. I would argue that instead of using text, the symbol should be just a bit larger - there should be enough leeway since text would take larger space even.

In general, it seems the prints are fairly small, but that might be caused by the image sizes, too. I had to zoom in quite a bit to make any sense out of them.

I am really looking forward to the keyboards! Thanks for fighting through all the throw-backs and delays!

Definitely need the mac symbols to be larger

Agree with everyone else that the Mac symbols need to be much larger.

I don’t know if it helps, but another Mac user here, to adhere that symbols should be quite bigger.

Discourse appears to have down-rezzed the image, making everything blurrier, but the majority of the symbols are as big as text would be and can’t get any larger. Option, Control, and Shift can likely get a bit bigger.

(For anyone curious, the source of the symbols is the Apple Symbol font. I’d prefer to use the newer San Francisco versions, but Apple’s license prohibits that.)

For me many of the symbols used are very hard to distinguish. My STRONG preference would be to use text like you do on the QWERTY (pgup, tab, shift, ctrl, opt…).

If you’re looking for a set with text instead of symbols, that’s exactly what’s on the keyboards by default.

Here are large images of the image labels. 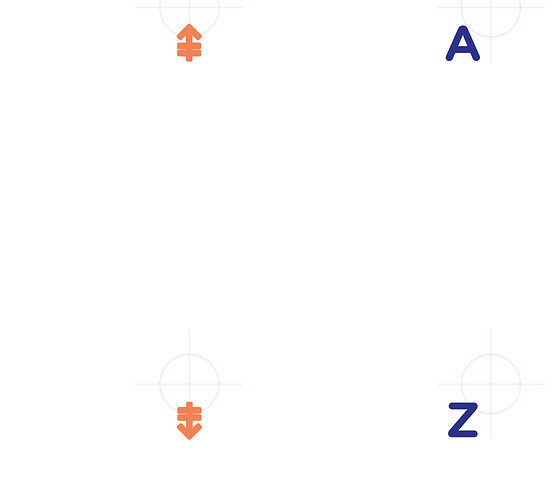 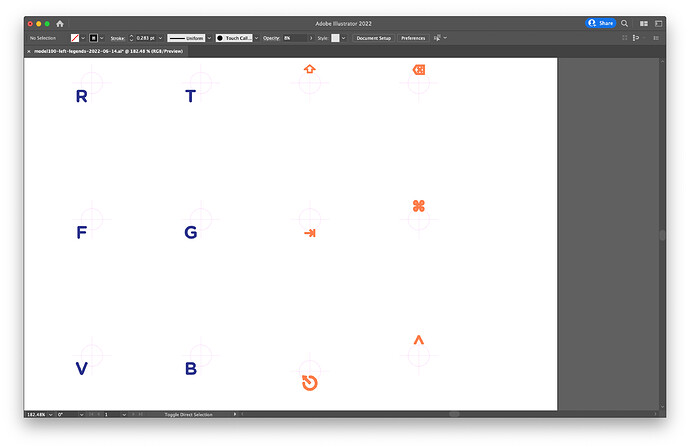 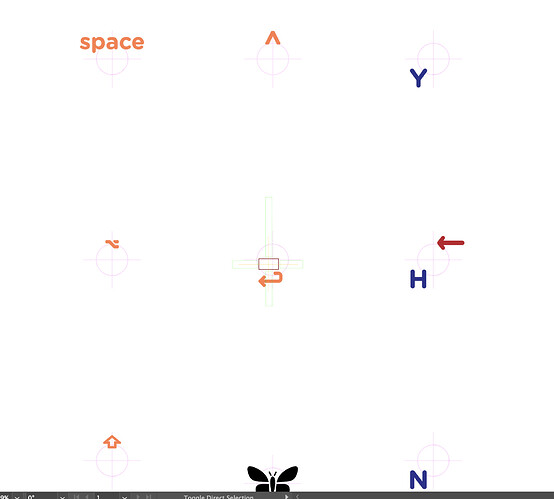 Would also prefer bigger. If they can’t be bigger, how would it look to vary the positioning in a meaningful (eg symmetric) way , especially the eight keys on the thumb positions, and further especially if that includes the apple key, backspace and shift and ctrl and alt and esc. (I’ll be looking a lot at those keys for many months, and don’t want to have to squint too!

Since the symbols can’t really be made bigger, is it possible to reduce the stroke width? On my built-in MacBook keyboard it seems that symbols are ever so slightly thinner than letters and numbers. I think that would make the page-up-down, tab, backspace, command and alt keys more readable.

Also, I don’t recall these keycaps from the indiegogo/kickstarter pages. I assume we can also select them in the backer survey when we fill it out? (Or is there a way to get these as the default caps on our keyboard since getting extra caps with the same letter layout seems wasteful?)

Understood about the licensing, but the option symbol from Apple Symbol really does look weird and squished. Maybe could just manually vertically stretch the Apple Symbol version?

I’m going to take another pass at the symbols incorporating as much feedback as I can and post an update.

I like the idea of symbols for tab and whatnot. While less conventional, they oddly seem more “correct”.

However, the use of “fun” for a function key seems unconventional and out of place. I’ve only seen “fn” or “func” used in the same context. If both seem insufficient perhaps “ ƒ” or more explicitly “ ƒ(x)”.

Small gripes regardless. Thanks for asking our feedback!

@Jesse : Thanks for the suggestion of switching to the QWERTY. At this point, how would I change my preference? Or will there be an opportunity to make a final selection before the keyboards are shipped?

@Damon - Drop us email with your order number. The regular QWERTY keycaps are preinstalled by default, so you can switch the Mac set to one of the other options including Linear A or Blank.

Updated with redrawn (and enlarged) symbols. Also, space now has a symbol, so it better matches all the other thumb-row keys. 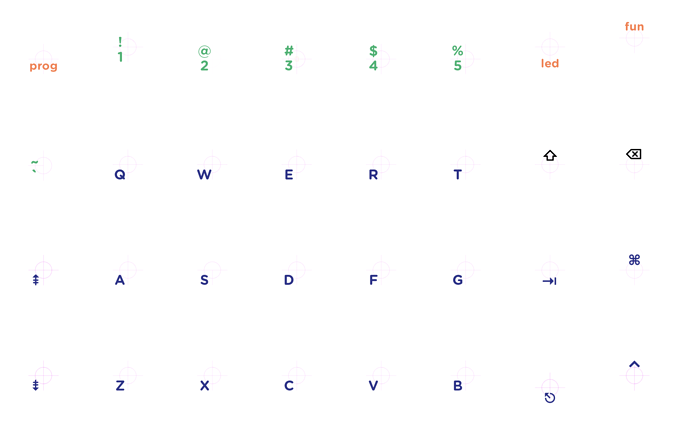 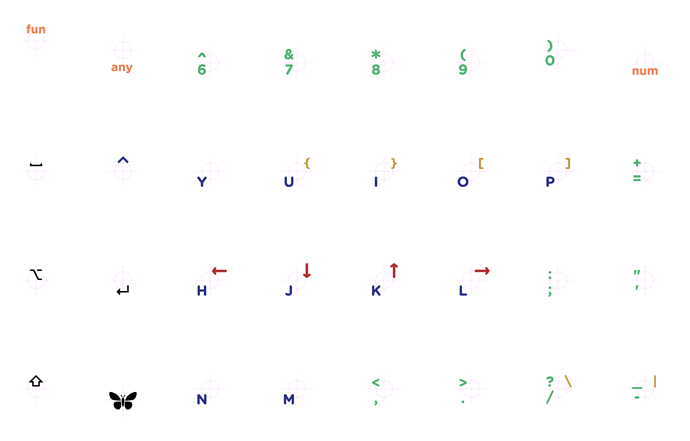 These look MUCH better IMO. The Option key has especially improved.