My unpainted keycaps just arrived today in Indianapolis Indiana and I’m super excited to get them on the keyboard! Just when I thought I couldn’t be any more excited about my model 1

look into your computer stores, they should have a keycap puller for super cheap. I bought one for about 3 bucks.

I took them all off by hand, without removing the case. Some of the keys are indeed hard to get a grip on this way, I often couldn’t go “in order”, and sometimes I had to press other keys down pretty hard to be able to get a grip on the cap I wanted to pull off.

If you get a puller, don’t get a wire puller, but something like this instead. I have a wire puller, and it wasn’t really useful, it couldn’t get to many of the keys (which is why I ended up pulling by hand).

Awesome! Thanks for the tip on not using the wire puller; that was the exact type I was looking at buying

I was emboldened to try again with my fingers after hearing your experience.

For the first side, I removed the wooden top of the case (these are so beautiful inside as well as a side note

) and it made it super easy to remove the palm and outside rows of keys with just my fingers. The inside “letter” keys was a little harder, but I tried two things that I found helped with that. I would push down on the keys around it to get a better grip like you mentioned, and then I had a "dental hook like this that I used for detail stuff on projects: 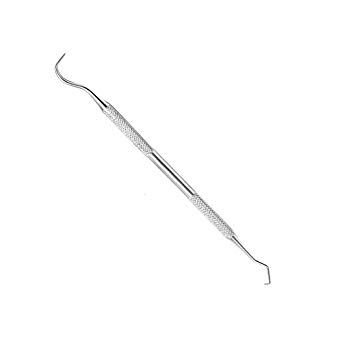 I used that hook to gently assist pulling up from the bottom of the key while I was pull up primarily with the fingers gripping the key. That made it super easy!

A bent paper clip was also tried as a “dental hook” but I didn’t meet with as much success there. I probably needed a heavier gauge paper clip because the very average one that I had kept coming un-bent. But, it was better than nothing.

On the second side, I tried without removing the wooden cover just to see how that went. I was able to replace them all like you said! Then palm key was the hardest, and the outside rows of keys went from being the easiest to get off to pretty much like all the others. Not bad, but if you happen to want to take the cover off anyway it was easier for many of those outside keys.

Also, any of the keys that were “larger” (some of the numbers and the keys on the far left and right sides) were easier to get off. I’m guessing because there was more surface area to get a grip on. They made great keys to start on in order to better access the others.

Now that the unpainted keys are on… wow. I was prepared for them to not look as spectacular as I saw them in my head, but honestly they are even more vibrant than I had expected. It’s really cool how it lets the led effects shine through so clearly! I am realizing now though that I wasn’t as much of a touch typer with symbols as I thought I was

Thanks for the help everyone!

I spilled water into my Model 01, disassembled the case and removed the key caps. Used a credit card for leverage out of necessity, working from the outside in. Worked for me.

Removing the case was fun, but totally get your desire to keep it on. Best of luck, and don’t water your keyboard like I did

I’m not having trouble with the wire puller myself. You need to bend it a bit to get to the odd keys, but it’s not a big deal.