I must say that I very much like the ‘Not palm trees’ choice, especially given that the left symbol reminds me of the option symbol on Mac keyboards. (see https://en.wikipedia.org/wiki/Option_key )

Really liking the left “not palm tree” symbol. Not so much the right one.

I didn’t intend for the “not palm trees” and “miscellaneous” images to be taken as sets that should go together; I just wanted to get a bunch of symbols up there.

It looks like people generally like the olive tree symbol (the “Y with lollipops”). I do have a concern about that one, however. Because so much of it is a centered vertical line, if we put it centered horizontally on the keycap, it will line up with the webbing underneath. That webbing might block enough light from the LED to detract from the appearance. I’ve made an image to help us get some idea of what it might look like. Mind you, I’m really just guessing here:

I made the background white, and the webbing a translucent grey, with a little bit of blur, and turned the symbols into holes in the oval keycaps, so you can see through. On the right side I added a “light” (a red circle with a lot of blur) underneath the webbing layer. I used @algernon’s suggested symbols (if I understood correctly), both of which might suffer from this potential problem.

I think it’s probably fine, but it may be worth considering. My own favorite is the “chanukiot”, which doesn’t have a vertical line in the center, and ought to be mostly immune to the webbing problem, but it’s not a very strong favorite, and the only one I’m feeling that I really don’t like is the “fig tree” (the right palm in “not palm trees”).

There’s one other symbol I’ll mock up (the “wheat/barley” one), which gave me another idea; we could rotate the palm key symbol so it’s not aligned with the long axis of the ellipse. This will probably look better with some of them than with others.

(I had a saved incomplete draft reply from weeks ago for @fishheadsoup, here it is:)
You might like:

I like the candelabra. The only one where I see an optical illusion re: centered-ness is the “dogs” - which I would have switched, so they’re facing each other (but I’m not wild about that one, anyway).

We could have a poll to quantify people’s preferences, but the tricky bit is choosing the candidates, because they come in pairs, so there are many possibilities. An additional problem I have is that my own favourites are not generally well-liked. I don’t have the impression that there are just two or three combinations that are obvious top contenders, but I’ll re-read this discussion and see if I can come up with a few candidates that best reflect the expressed opinions to date.

I know I’ve failed to do a few of the mockups that I promised – sorry about that. I’ve been rather busy with other things for a while.

Well, it’s not like there’s been a burning time-crunch.

I greatly appreciate all the effort you’ve already put in, @merlin.

Realistically, the earliest I’m looking at even being able to ASK for a sample of the runic caps is about 1-2 weeks from now.

(Also, I do want to be really clear that this isn’t a democracy. It’s more of a lazy dictatorship. For the runic caps, I’m going to make a final call.

No single set of legends is ever going to end up with 100% of folks falling in love with them and I’m usually a big fan of a a coherent artistic vision by a designer over a popularity contest.

I expect to just rubber stamp whatever @merlin picks, with the caveat that the dual butterflies make me a little uncomfortable as I’ve mentioned before. I’ll run them by Kaia, though, to see if she can convince me otherwise.)

In that case, I’ll try to put together a poll sometime in the next few days. My main goal will be to pick something that has the largest number of people finding it at least acceptable, even if that’s not the one that gets the highest average score. Ideally, nobody who wants a runic keycap set will so dislike the symbols chosen so much that it ruins the whole thing for them. Basically, I’m more interested in what people hate than what they like best.

I will probably be slow to respond here for at least a few days, as I’m busy with some construction projects and tax return preparation at the moment, so please bear with me. 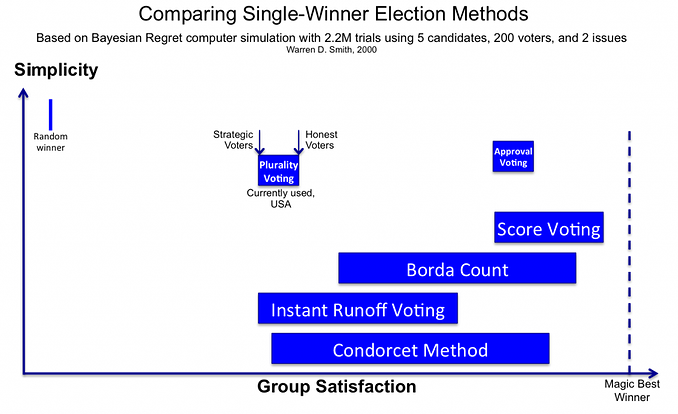 Does the software behind this site’s polling feature allow score voting?
(Which, incidentally, would give you info on which choices are the least acceptable by looking at which choices got the most low-score votes.)

Does the software behind this site’s polling feature allow score voting?

Yes, mostly (score voting sums the votes, instead of averaging).

Hopefully the creator of the poll has access to the exact counts behind each number; that is key (an average isn’t helpful if you have a bimodal distribution).

That particular poll only shows the average… there are others that show vote count (or at least vote percent, per option). I’ve made a sample post with all the available options a while back.

We can use those with reasonable ease. I don’t think the vote has to be perfect, as Jesse will make the final call anyway. If it’s useful enough as a guideline, that should be chabuduo.

I finally got enough tax returns done to get back to working on the Linear A keycaps. I’ve made three designs, and set up a poll to see how many people approve of each option. Vote for all the ones you like!

I’m sure I speak for everyone, but thanks for getting this all together. It’s made it a lot easier to think about what it’s going to look like when it’s all laid out nicely!

So… what’s the status on being able to order a runic keycap layout? Will that become a possibility?

The latest backer update has a section on this, which I’ll quote here to make things easier:

As we’ve mentioned before, all keyboards are shipping with QWERTY keycaps. Any extra keycap sets we owe you will ship later under separate cover. The factory says that the tooling for the packaging for the extra keycap sets has been completed, but we haven’t seen samples or photos of it yet.

The factory really doesn’t want to produce the ‘extra’ keycap sets until keyboard production is properly in hand.

To help control shipping costs and shorten timelines, we’re looking at shipping your keycaps to you directly from the factory. As we know more, we’ll definitely tell you.

When filling out the BackerKit survey, you should have had an option to buy extra keysets, including the runic one (Linear A), which will ship separately. I suppose the same keysets will be available later in the shop too.