Win10 - Board timing out during programming?

Excited to have my Model01 at my desk, but my fingers are trained for a different layout. I’m failing to get the board flashed, though.

Running Windows 10; have the Arduino IDE 1.8.5 installed from the site, trying to follow the wiki page. The Model 01 does show up as COM3 in the Tools list, so, that’s what I have selected.

When I upload, the board does clearly enter programming mode- the Prog light becomes active under my finger as I’m holding it, right in the point in that output where it says ‘Connecting to programmer’. If I understand correctly, that means the uploader has pushed the keyboard into its bootloader mode, and it’s expecting programming; it does appear that the bootloader shows up as COM4 when the keyboard is in its prog mode (as I’ve seen from plugging the board in while holding Prog.)

But- after, yes, about 8 seconds- the keyboard returns to its ‘normal’ mode, apparently without any programming taking place.

Anyone have any hints, things to investigate, etc?

Also: I’ve tried grabbing the programming command (avrdude command-line) from the IDE, connecting the Model01 in prog mode (holding the key while plugging it in), and running the command with -PCOM4 in place of -PCOM3.

This doesn’t produce quite the same output: 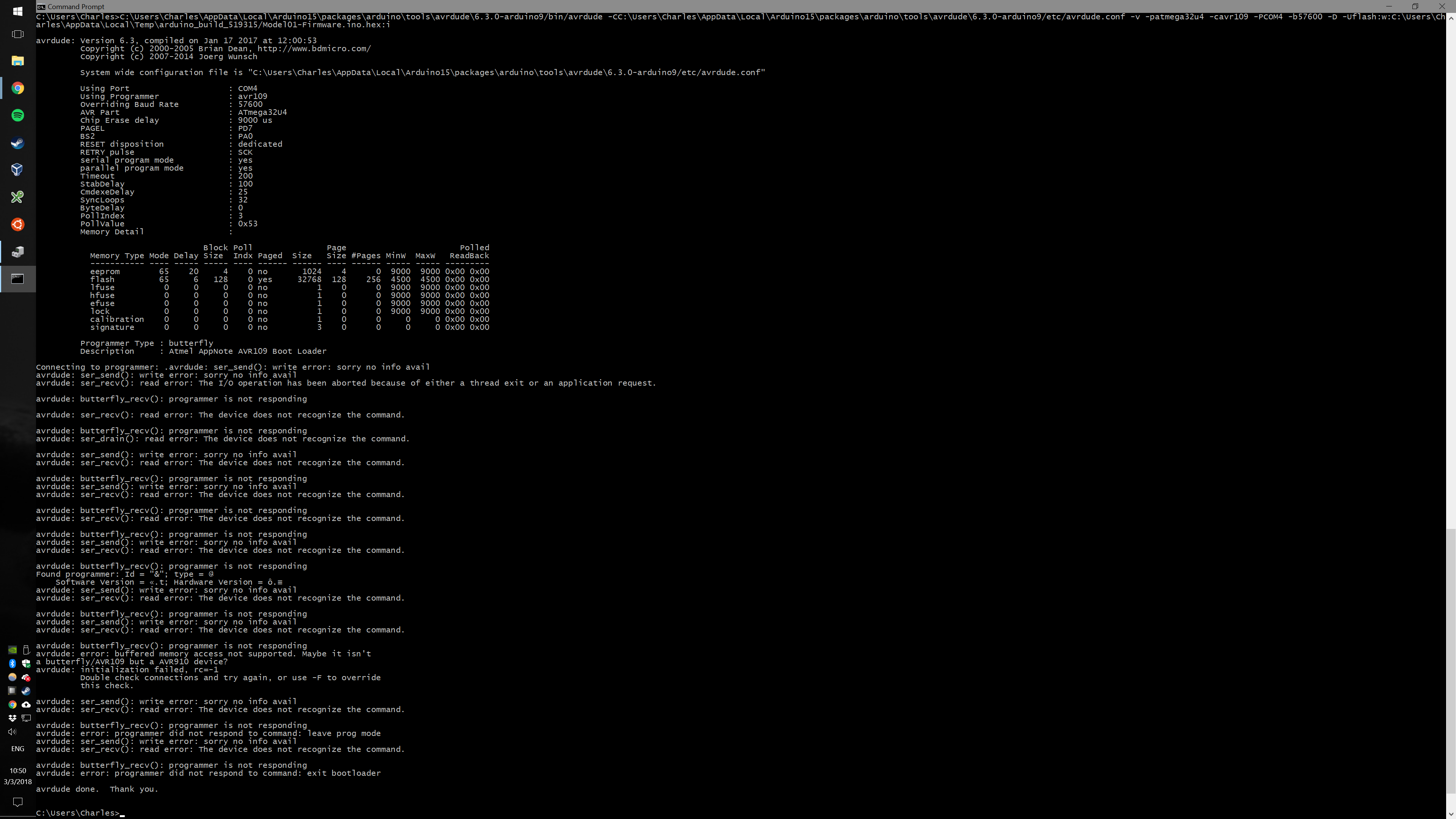 The only time I have had this happen was when I was writing a plugin and I did some weird stuff to the memory such that it was compiling just fine but having trouble actually updating the board. I would see the exact same issue you are seeing: it would happily enter programming mode, look like it was doing the flashing, but when it came back up it’d still be on the old firmware build.

Just to confirm, you’re doing a completely stock build of the stock firmware and you’re getting this issue, with absolutely no changes on your end to anything?

Yes; this is straight from Examples/Model01-Firmware.